Apologies for the delay in posting anything new for a while, been very busy with work…..and…..ummmm….catching up on Breaking Bad and Game of Thrones……

Tisk tisk tisk bad James, get blogging! Right well let’s take another trip to Znojmo shall we? This post is about our first night in the beautiful Moravian town of Znojmo. We went there for a wine/classical music festival that was on in the town back at the start of the Summer and had an absolutely wonderful time.

On our first evening we took a leisurely stroll down to the old square where the wine tasting was taking place. As we arrived at the edge of the square we were greeted by a procession of people in masks. No it wasn’t a gang of muggers or armed robbers but a parade to mark the start of the festival. There were people in costume masks juggling and playing instruments, others were passing around wine to people in the square. We decided to follow the parade and see where they were off to. Not very far it turns out as they stopped in front of the clock tower overlooking the square. More wine was handed out and the President of the Festival Jiri Ludvik said some words. After finishing off the last of the wine, the crowd quickly dispersed and we made our way to the square. There was a small stage set up where a band of gentleman were playing some old classics.

Cue several hours of tasting some rather delicious wines and eating a wrap and some cheese, seeing a firework display, a giant dog, and some pretty damn epic classical music and we had ourselves a most splendid evening indeed. 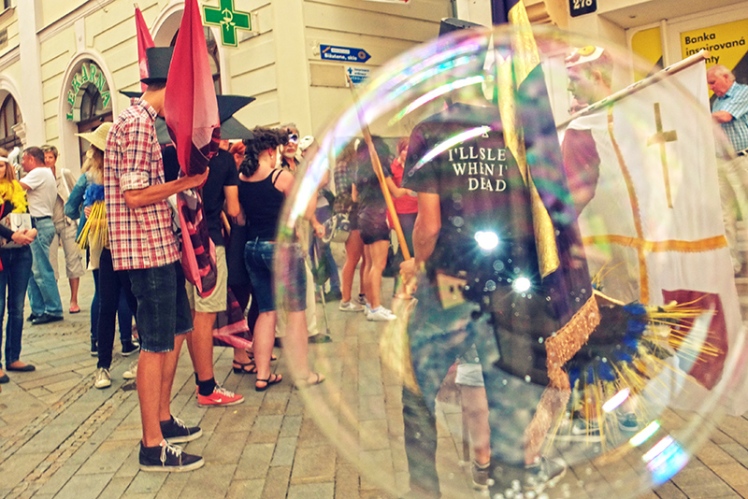 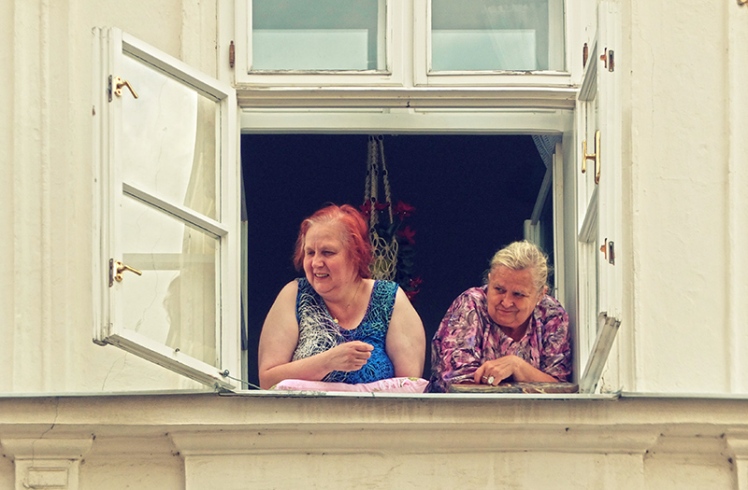 2 thoughts on “Wine tasting in Znojmo”