There is a special place on Mount Wellington that only appears a handful of times each year. It is the Disappearing Tarn and is formed only after a heavy rainfall or large dumping of snow.

There’s been rather a lot of rain and snowing in the month of August this year with the mountain seemingly receiving a fresh dusting each night. I thought that surely the tarn must have filled given the conditions and so I set out to investigate.

I had forgotten how much of a slog it is in the snow. The going is slow with the usually visible rocks and branches hidden under a carpet of white. The snow weighs down the branches of the bushes lining Milles Track and Wellington Falls track further on, leaving in its place an obstacle course that will have you soaked in no time.

There was a group of three ahead of me who I passed on the way, leaving a couple more who had set out earlier and were going to be the first to witness the beauty of the Tarn in the snow.

As I arrived at the location, there they were but they were on the track, not down to the right where the Tarn is. Turns out Disappearing Tarn was living up to its name or at least staying one step ahead and not appearing in the first place. Unless there’s a huge rainfall or massive and rapid snowmelt, I don’t think the Tarn is going to make an appearance this year. Oh well, at least the hike in is beautiful.

Following on from THAT rain on Thursday 10th May 2018, there really was only one place to go for a walk when the weekend rolled around. Gemma, Mo and I ventured up the mountain on Saturday morning, only to be greeted by that site nobody wants to see when going on a mountain trip….road closed. We parked the car and made our way on foot up Radfords Track before hopping up onto Milles track after The Springs. The walk in was surprisingly pleasant with no fallen trees and very little sign of damage to the trail (although in hindsight, I’m pretty sure about a foot of soil had been washed off). We reached the fabled tarn and were excited to see how high it was. Certainly a LOT higher than in the photos from the original blog post I wrote 2 years ago. Have a look through the images below and then compare them with those from 2 years ago. It’s amazing what 150 mL of rain in one evening can do to a disappearing tarn 🙂 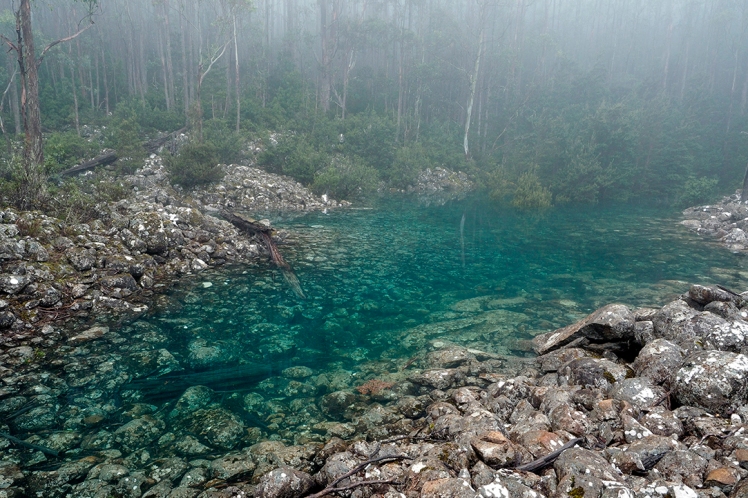 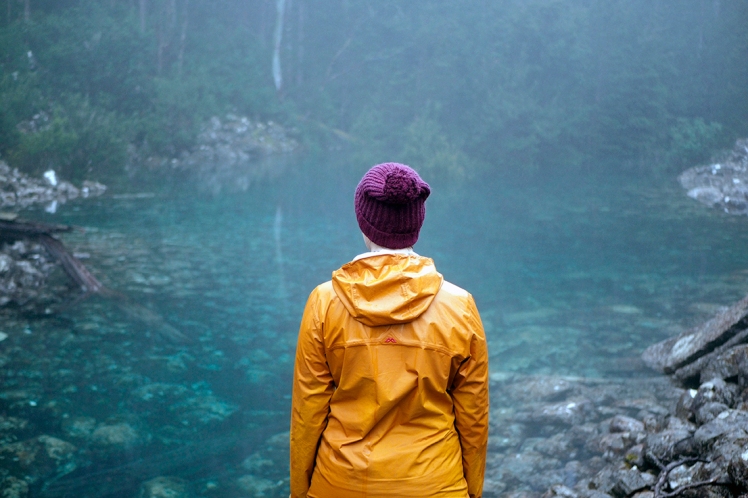 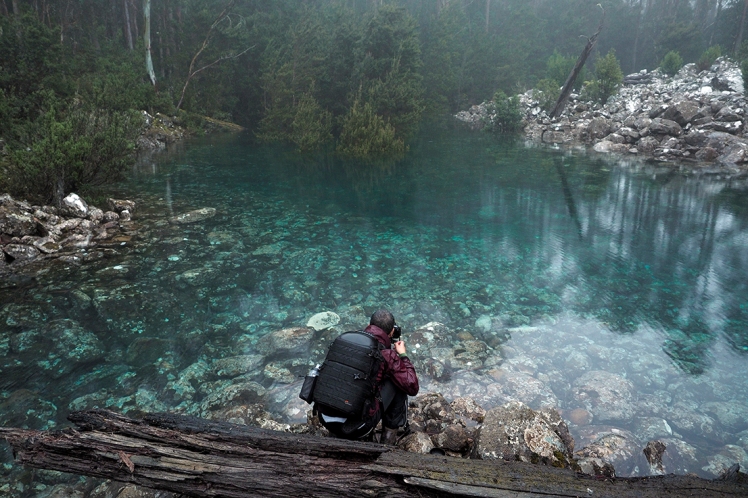 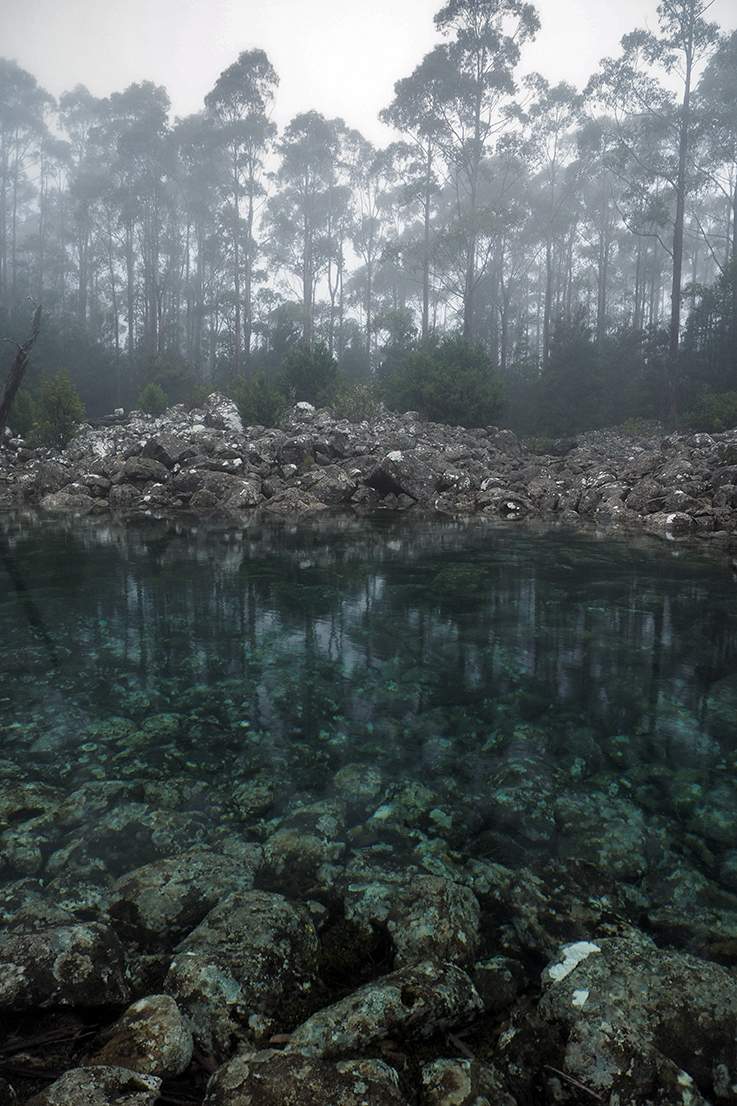 I suggested to my friends in work that we give it a go and try and find it. Dylan and I took the easier option and got the bus to Fern Tree, while Mo decided to cycle up the Huon Road from Hobart….not an easy feat. We began our climb up the Fern Tree Glade track to the Springs, joining up with Radford’s Track on the way.

We stopped for a quick coffee at the Springs before continuing onwards towards Milles Track. It’s well signposted and is the left option along with the Ice House Track instead of the Zig Zag and Organ Pipes Tracks whose entrances you’ll see further up on the right.

The Milles track is easy enough, albeit quite muddy and slippery after the rains…..a good sign given our goal. I had been reading an article online which seemed to suggest that the tarn could be found further down Snake Plains track. However having followed that track for what seemed like too long a time, we met some fellow hikers who informed us that we should have taken the right turn and followed the Wellington Falls track!

It was a bit of a bummer having to retrace our steps but the Snakes Plains track turned out to be a really nice detour, with some beautiful views of the upper slopes of Mount Wellington, as well as some nice swampy bits to provide a bit of fun and a challenge. Sometimes the journey to the end goal is half the fun 🙂 These trails are definitely not to be tackled in anything less than decent hiking boots if you value keeping your feet dry, although the Wellington Falls track was mostly dry.

Eventually we arrived back at the fork in the road and ventured onto the Wellington Falls track. I had asked one of the Instragram crew for a little help with directions and Jack (Check out his great feed!) very kindly obliged. We were to continue along the trail until we came to a series of metal poles with orange arrows on them. The tarn was to be found around the 23rd pole which somebody has kindly scrolled “Tarn—>” upon.

Take a right turn at this sign and clamber up the rocks and…..Tada! Behold the fabled Disappearing Tarn on Mount Wellington!

I did a little happy dance when I first saw the unmistakable tones of the water. It is the most beautiful shade of blue/azure and is unlike anything I’ve ever seen. Coming across such a rarely seen feature felt like the completion of a fairy-tale quest. The levels in the water had dropped slightly from where they had been a few days previously when Jack was there but at it’s deepest you could still easily go for a swim I’d say.

Mount Wellington and the greater Wellington Park area are chock full of sights, from the incredible views at the summit, to the myriad of waterfalls along its flanks. There are many trails which are all well maintained and easy to follow and the fact that all of this is right on the doorstep of Hobart is just freaking amazing. The disappearing tarn itself may be gone in a few days without a top-up of rain but keep an eye on the weather report, or just get up there, get amongst it and enjoy this gem of Tasmania. 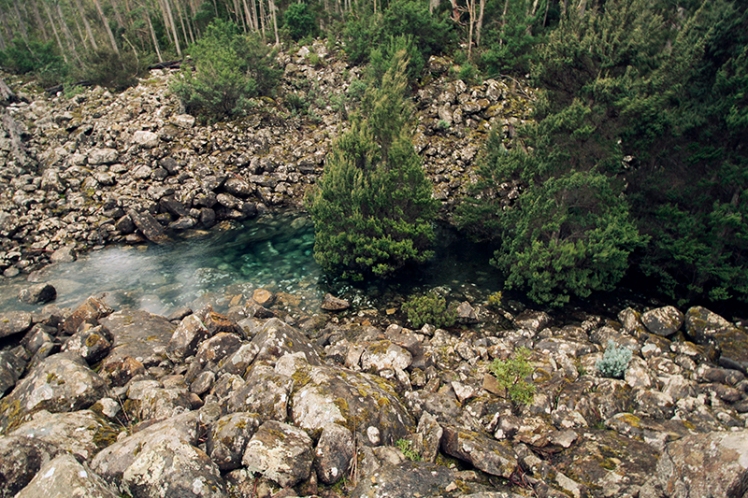 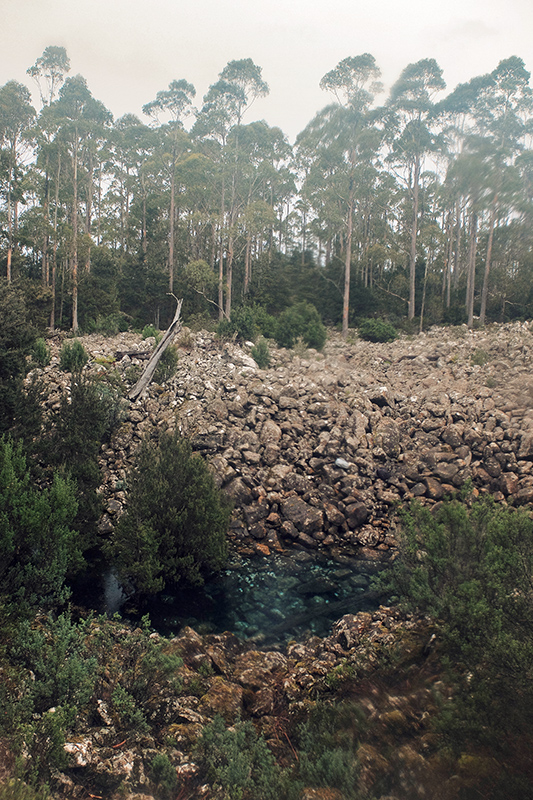 Leave a Reply to Czeching Out Cancel reply