Street photography is fun, a LOT of fun. I’ve always enjoyed looking at street photography whether it’s from the old masters who invented the genre or the many many photographers out there today taking great street photos. Only recently however did I get fully bitten by it. I’ve taken a few images here and there over the years but they were just random off the cuff moments that I saw while documenting other things while putting together a blog post on a particular place.

Since moving to Hobart, Tasmania I’ve suddenly gotten the urge to shoot street photography on purpose, that is to go out with the sole intention of doing street photography. It’s become an addiction, albeit a really enjoyable one with little or no side effects. I know it’s not to everyone’s liking and there are many who heartily disapprove of having their image taken. Street photographers don’t want to harass you or cause you concern, we just want to document the people around us going about their lives. Every person does not make a great subject so if you’ve had your picture taken then it means you have an interesting face or fashion sense or were doing something interesting at the time, so it’s kind of a compliment in a way 🙂 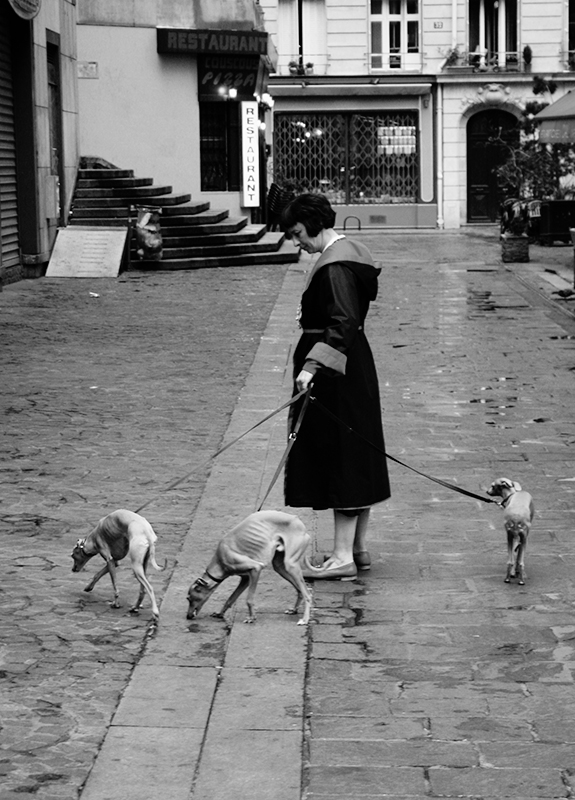 My first ever street photograph taken back in 2006! I think this sparked a love for street photography that has only recently ignited into a full on desire to shoot street. The Fujifilm X30 is the perfect tool for the job. The X10 was great and I’m sure the X20 also but the new bells and whistles they’ve added to the X30 really round out the package nicely. My favourite addition is the control wheel on the lens which depending on how you set it up works as a focus wheel. Previously you had to rotate the dial on the back of the camera for manual focus and it was really slow.

I think it would have been fine for the style of street photography I’ve fallen into however. There are numerous schools of thought on the best way to shoot the streets but you know what? The best way is the one that you like and that suits you. If you want to be a stealthy stand off ninja shooting with a 400mm lens then that’s great. If you want to blast people in the face with a flash while pointing a fisheye lens in their face then that’s fine too (Although you may get punched in the face/annoy people).

My approach is to set my lens to 28mm and manual focus. Exposure wise I often go Manual at 1/250th anywhere between F4-F8 depending on the brightness. I’ll use AUTO ISO set to max ISO 800 or 1600 when it starts to get dark. The X30 has a smaller sensor than say the Sony RX100 but larger than your run of the mill compact camera. So you benefit from that nice increase in depth of field but suffer with increased noise in low light. I wouldn’t go over ISO 1600 personally except maybe 3200 if I’m shooting for black and white. With manual focus dialled in at around 2 feet I get everything in focus when stopped down to the F4-5.6 range. The focus assist feature on the X30 is great as the coloured highlights on the in-focus edges make manual focussing so easy.

I always shoot in colour, usually Classic Chrome and then edit in black and white if needs be. While editing the images below I noticed I left a lot of them in colour, which I had previously uploaded to Instagram in black and white. I found a lovely Kodachrome-esque curve the other day and I’ve been enjoying the style of that. But James, the Fuji already has Classic Chrome, why not just use the OOC jpegs from that? It’s rare that I’ll use a straight out of the camera image, I like to add a bit more colour and contrast and punchyness.

I love the Fujifilm X30, it’s a fantastic camera for street photography and suits my needs just fine. There’s far too much bitching and trolling on the internet about which camera is better and why this camera sucks and that camera blows. It’s nonsense, utter nonsense. I’d happily shoot with any camera released in the past few years, the technology has come along so far that it’s almost impossible to have a crap camera these days. If ever I get an image from the X30 that I’m not happy with, it has nothing to do with the camera, it performs flawlessly every time. I think too many photographers jump the gun and blame their camera when it’s perhaps themselves they should be looking at. I’ve had the Fuji for a good while now and using it has become second nature to me. If you’re at that level of familiarity with your camera and know exactly what it’s going to do, getting the shot you envision in your mind becomes a lot easier.

This is more of a daily use article then a full review of the Fujifilm X30, there’s tonnes of reviews out there with 100% crops and dozens of the same image of cats or books at different ISOs if that’s what you’re looking for in a camera. Me personally, I prefer to just get out and shoot and enjoy the experience of shooting with a camera that just feels damn good to take pictures with.

The shots below have been taken over the past month or two around Hobart. I often wander the streets after work rather than setting out with street photography in mind. It’s quite rewarding to just get out there and walk around and see what you come across.

If you’d rather watch a video of images then here’s two I uploaded to YouTube recently, otherwise feel free to scroll through the images below. 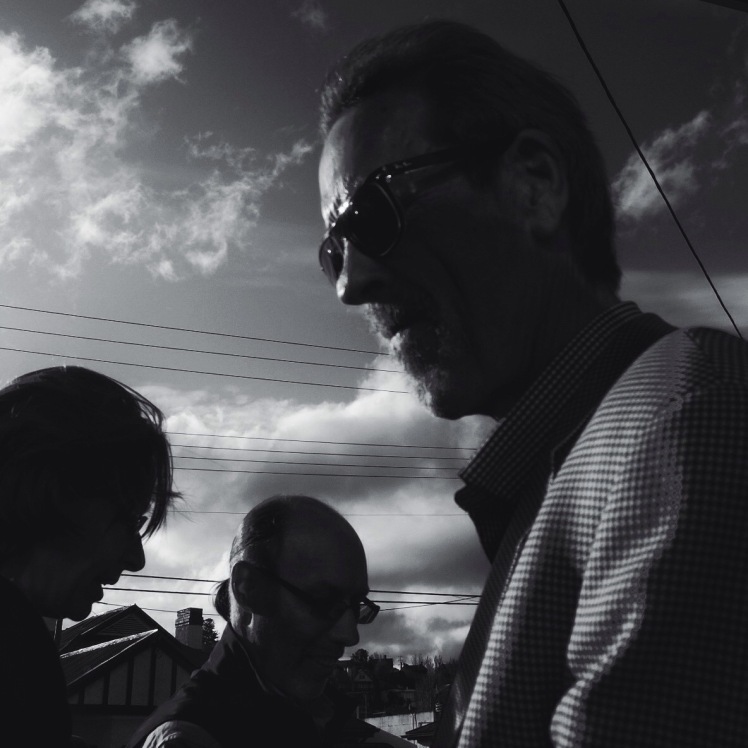 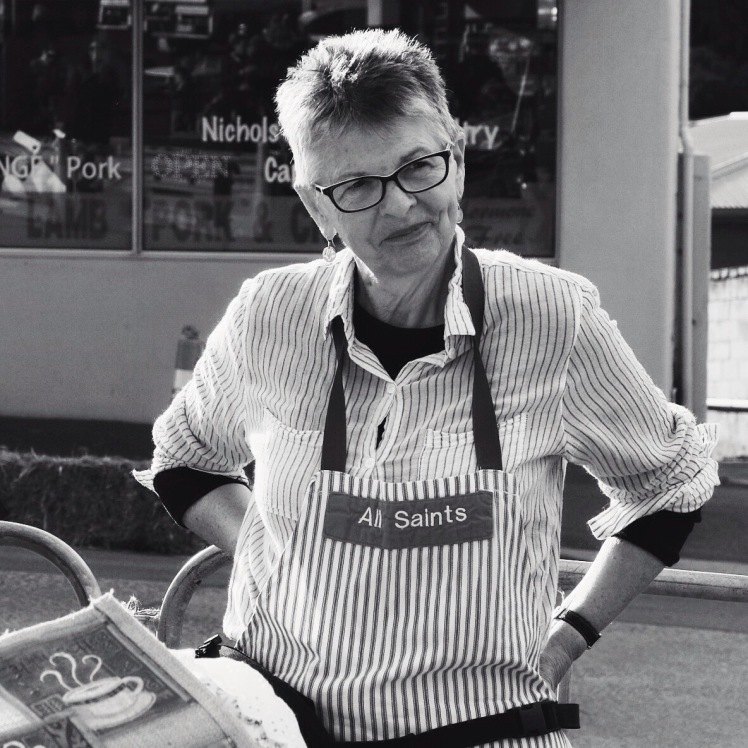 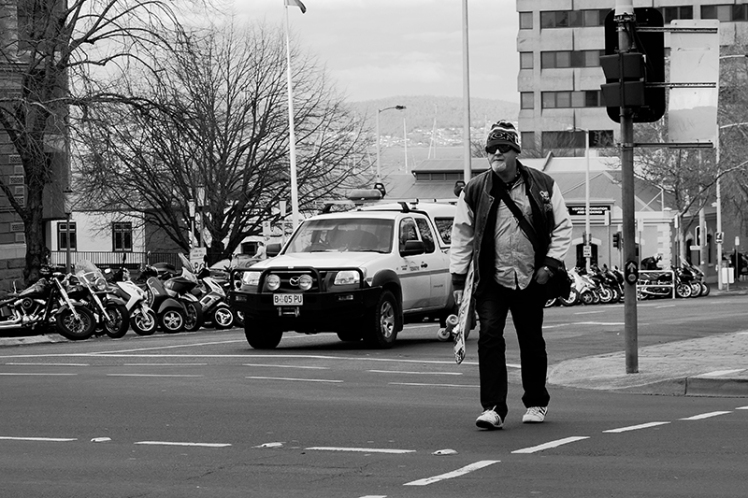 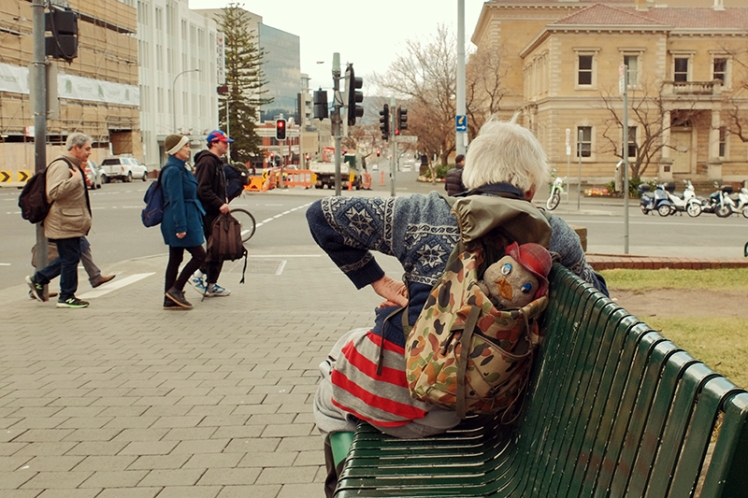 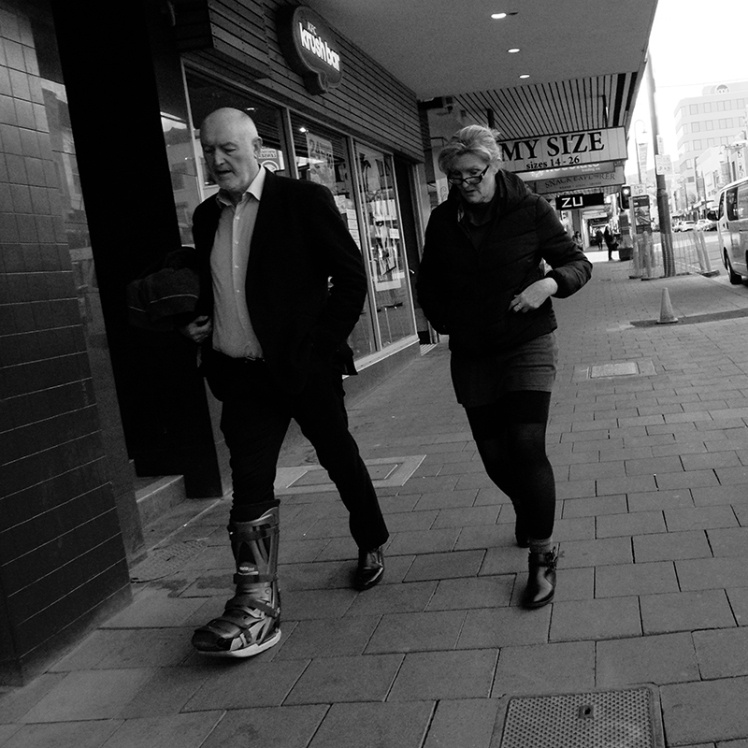 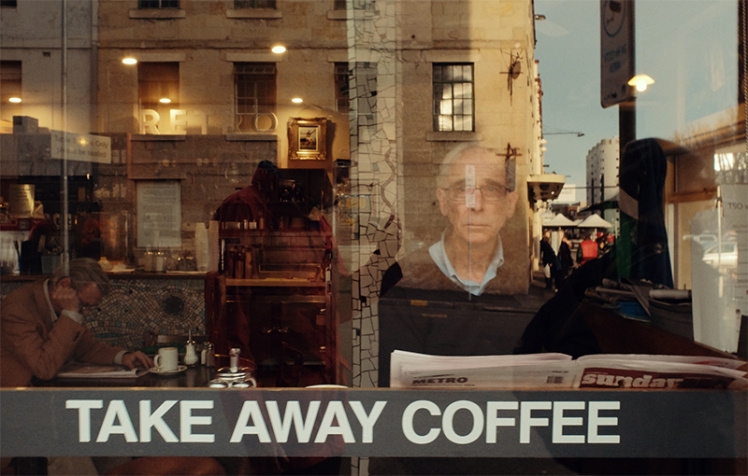 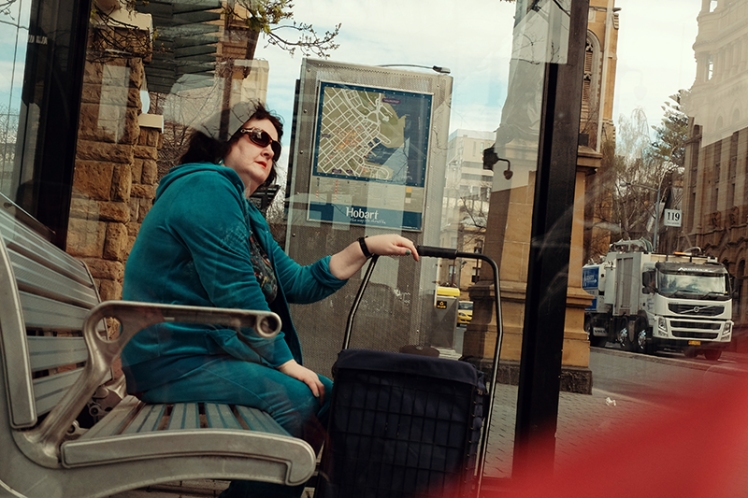 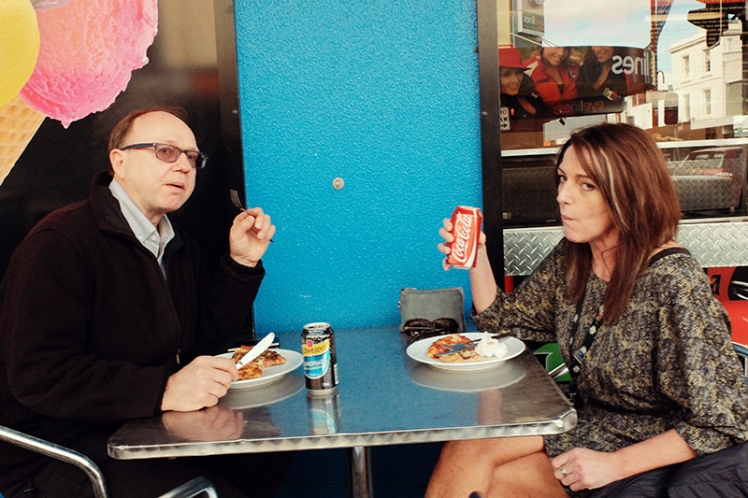 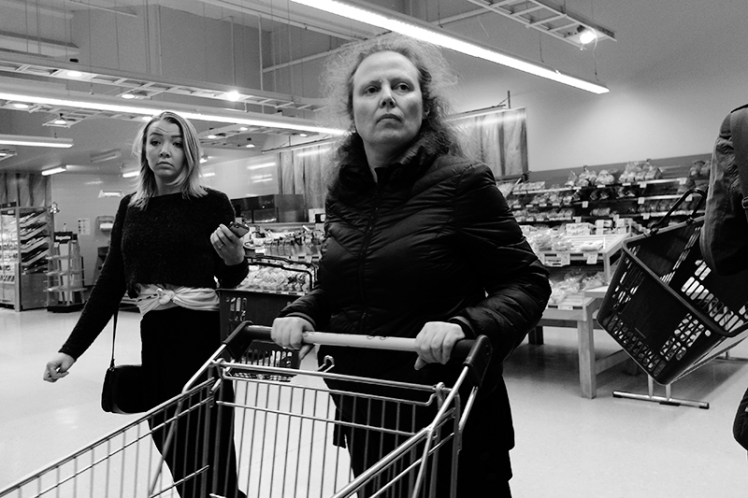 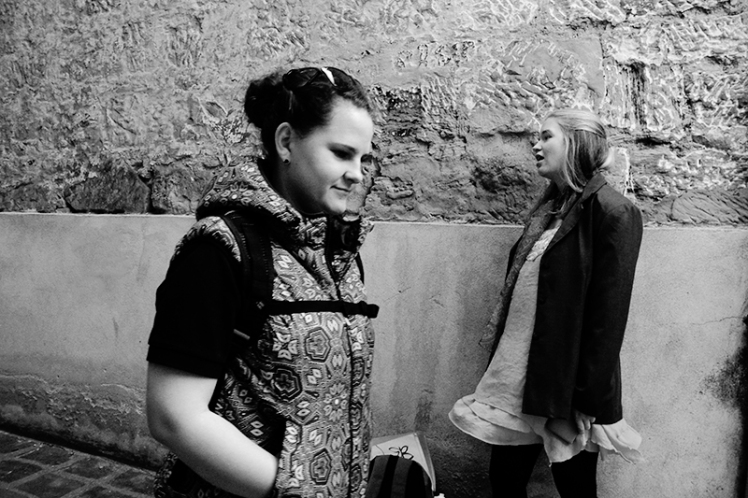 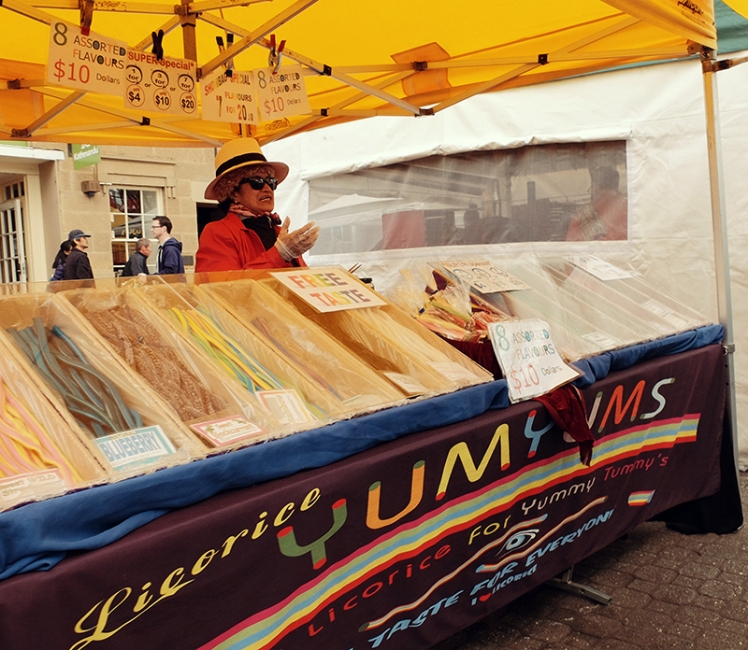 21 thoughts on “Street Photography with the Fujifilm X30”