Bliss is a word that doesn’t get bandied about often enough. It’s that rare feeling that all life’s woes are gone away and the only thought in your head is happiness. That wonderful feeling was in abundance the other day as we glided down the Elbe River aboard the Arnost cruise ship.

We arrived early hoping to be able to pay for tickets onboard and as luck would have it they had some free spaces. We sat down at our table up on deck, sheltered from the beating sun underneath a big red canopy. Moments later we had an ice cold beverage to sip on, and that feeling of relaxation began to grow.

We left the dock and the scenery began to slowly glide past on the short trip up to the lock, which we would need to pass through to join up with the river above the hydroelectric plant. We entered the lock and the large steel gate slowly closed behind us. To the front of the ship the other gate began to descend and water rushed in. The turbulence caused the vessel to hit the walls a few times, no doubt spilling a drink or two.

The boat rose to meet the river beyond the dam and we were released into the main part of our journey. On either side of the river, people were out in their droves rollerblading and cycling along the banks. It was really interesting to be in the river watching the people enjoying the cycle path we had previously ventured down.

Almost everyone waved as we sailed on past, little kids on board screaming “Ahoj!!” to everyone they saw. We made our way up the river edging closer and closer to the town of Kunetice, the beautiful castle peeking in and out of view between the trees. And the views of the castle are nothing if not spectacular from the river. 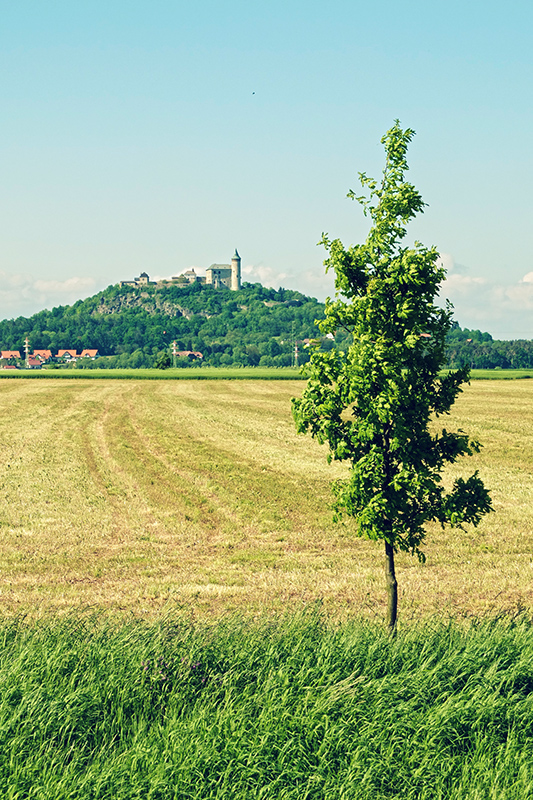 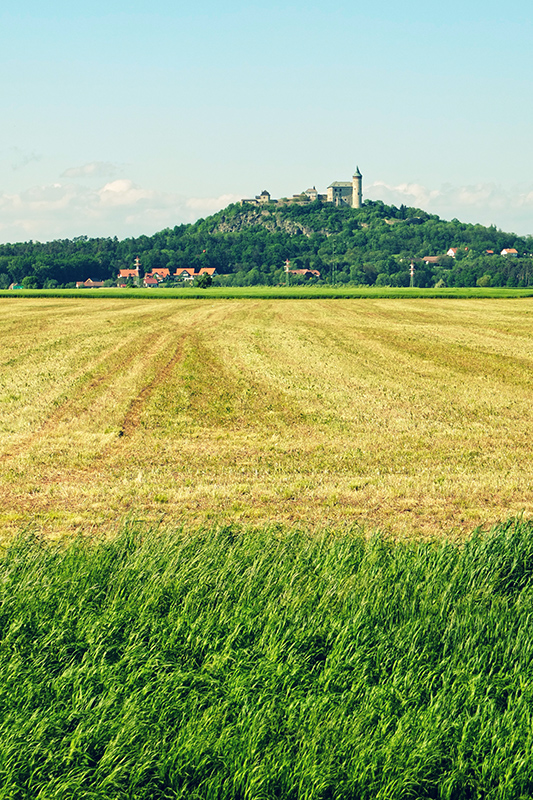 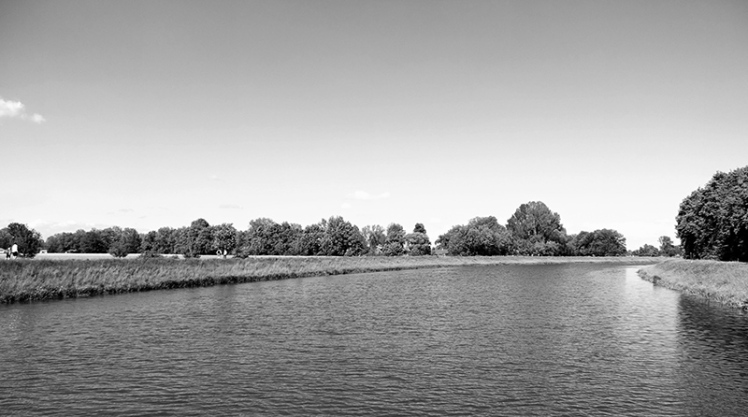 About half way down the river we had an unexpected supply exchange as a chap from one of the lovely houses dotting the sides of the river appeared from his little jetty and rowed straight for us. He pulled up alongside and handed over a bag of supplies, and received what seemed to be two large bottles of Cola in return. He then rowed back ashore to his waiting wife and dog. Not a bad way to go to the shops.

At the end of the journey we arrived at Kunetice and it’s quaint red church steeple which can be seen far and wide towering over the low lying village. I almost hit my head on the frame of the canopy as the staff lowered it to fit under a bridge which looks like something a child would put together out of Lego. We stopped very briefly to release some passengers and take on some new arrivals before the driver pulled off a tight manoeuvre to spin the boat around for the return journey. We had ice-cream on the way back, another beer and sat speechless in the sun peaking under the canopy…….BLISS.

Here’s a video I shot of the cruise.