Aaaah the road, getting out of the city and into the wilderness, is there anything better? The road to the Gordon Dam is certainly a road trip to savour with so many breathtaking vistas along the way. The first of these came as we approached Lake Pedder and the forest around us suddenly gave way to the epic sight that is the Sentinel Range. What a bad-ass name for a feature that probably would give mutants cause for alarm. The landscape at the base of the Sentinels is largely devoid of trees and is instead a swampy mix of grasses, streams and low lying plants. I think that’s what makes the Sentinels such an amazing feature.

After being wowed by that, we pressed on towards our goal, the Gordon Dam, just past Strathgordon. To get there you skirt past the edge of Lake Pedder, the largest freshwater lake in Australia and a product of the hydroelectric power industry with the Gordon Dam being its poster child as it were. There’s a viewpoint just off the road that offers panoramic views out over the lake. It’s only afterwards you realise you’re only seeing a tiny portion as the rest stretches out further to the West and South West beyond the mountains cradling this particular corner.

We pressed on towards the Gordon Dam, or the Bond villain hideout as I now like to call it. It’s seriously like something out of the first level in Goldeneye on the N64. Soooooo much concrete! I was amazed that you can actually walk right down onto the top of the dam and take a look around. It’s a looooooong way down to the surprisingly tropical looking base which is surrounded by ferns. There’s so many little nooks and crannies and stairwells appearing out of solid rock that it would make a great place for an evil genius to hide out. 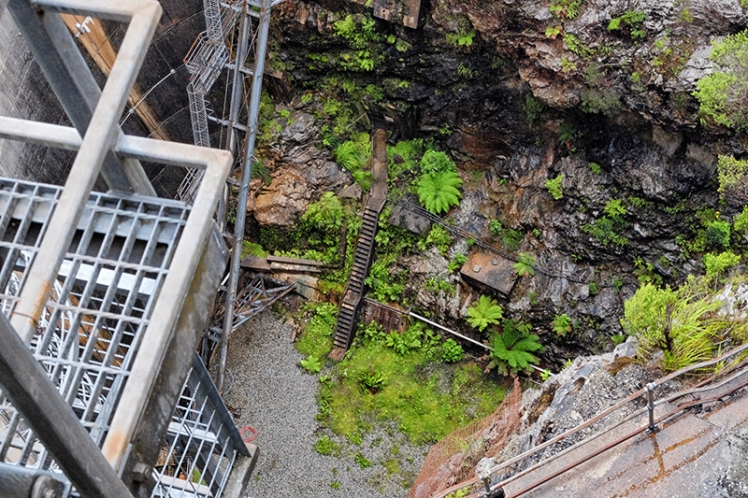 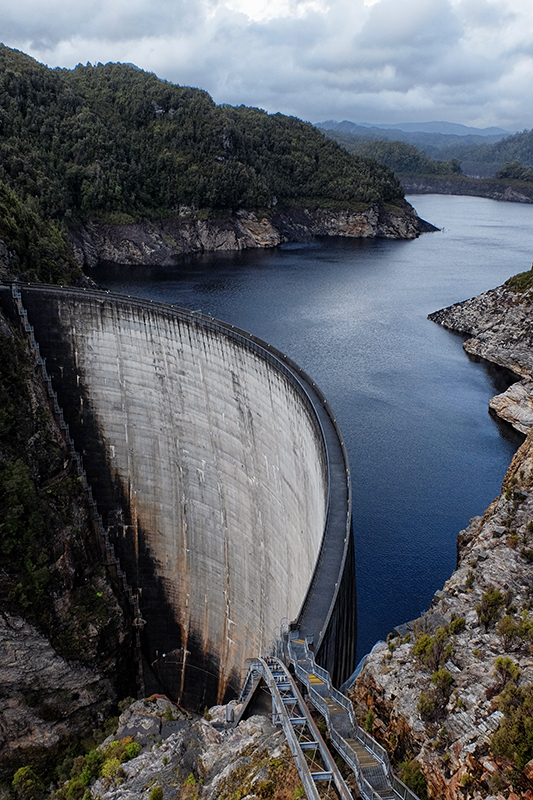 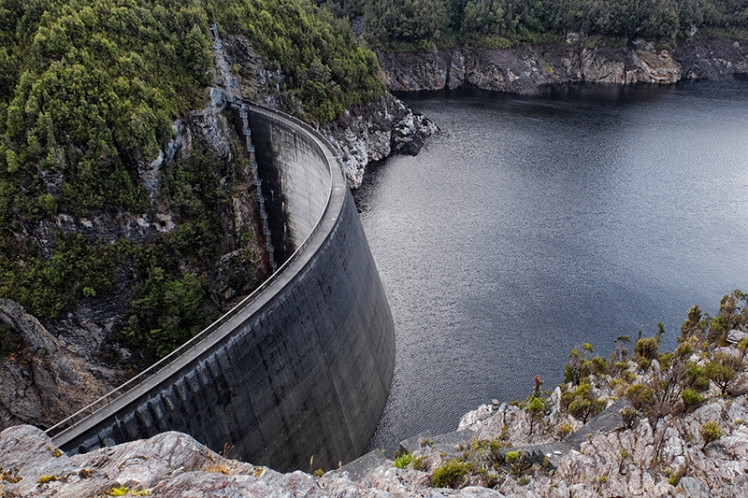 The day was getting on and the rain was showing no signs of abating but that did little to dampen our spirits (just the car). We looked for a place to camp for the night and came across Ted’s Beach, a designated camping spot that turned out to be more of a car park for camper vans. There was very little space to pitch a tent so we followed the lead of some enterprising Germans and pitched our tent INSIDE the camp area building next to the BBQs. There was plenty of room and it was nice and sheltered from the rain.

The following morning we went for a stroll down to the man-made beach which was created by literally ripping out all the soil and plants right down to the bedrock at the edge of Lake Pedder. Apparently there were many who were sceptical of the plan but sure enough a beachhead has formed and continues to develop to this day. 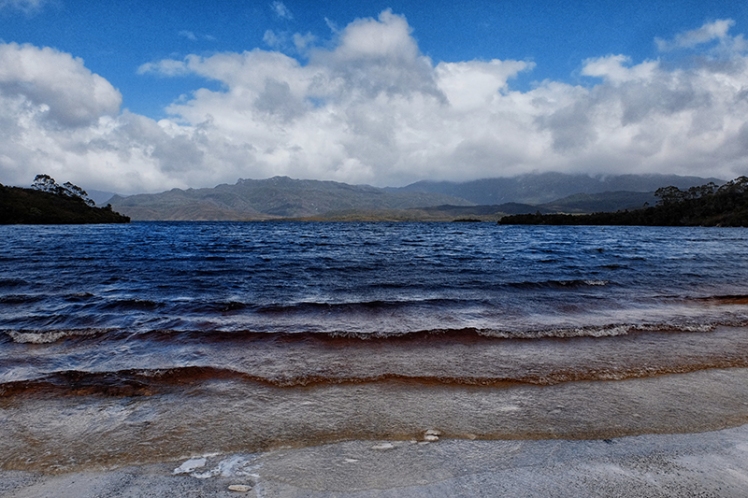 On our return to Hobart we decided to stop at the Sentinel Range and take a bit of time to fully appreciate its grandeur. The light hitting the summit in between showers was just perfect and really emphasised the chunky rockiness of the slopes.We took another little detour down the Twisted Sister trail head and had a nice wander around there. It gets its name not from the 80’s hair metal band, but from the signature tree whose trunk is literally twisted around like a rope. 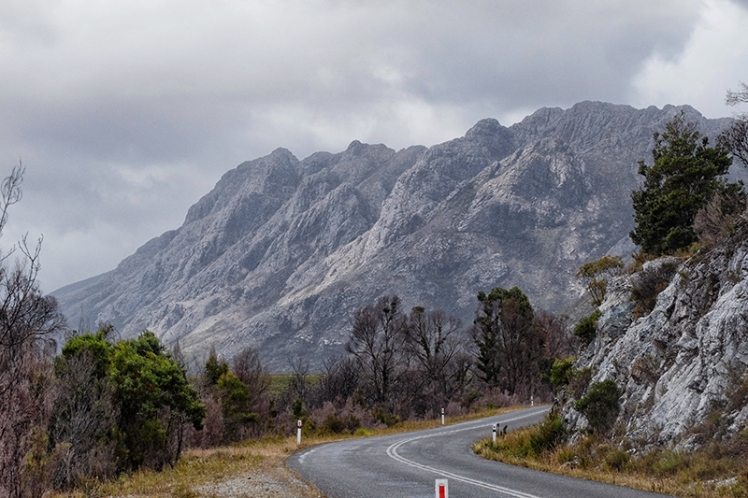 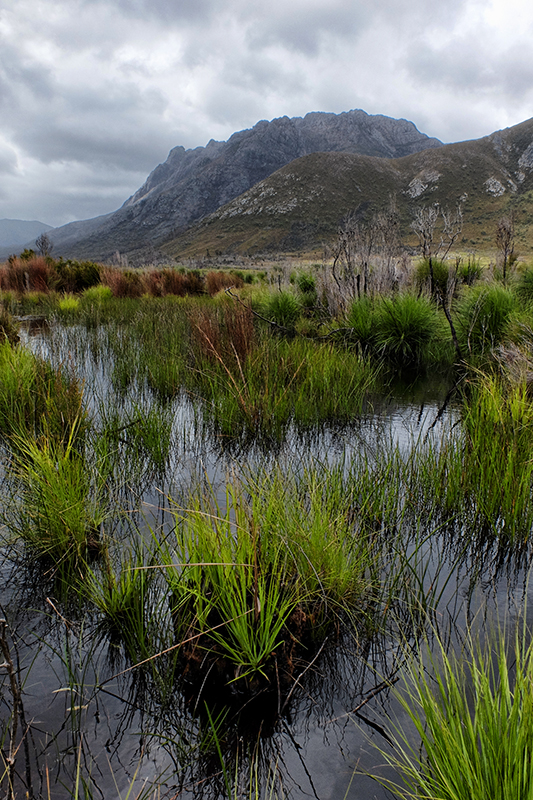 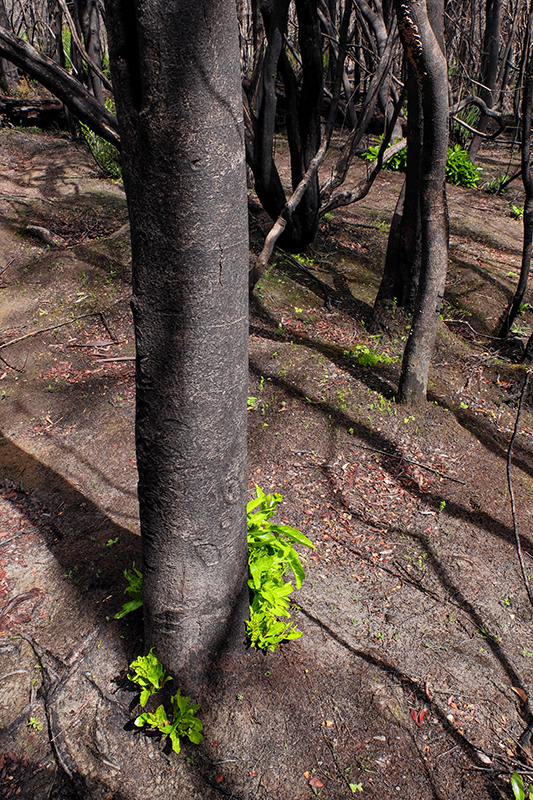 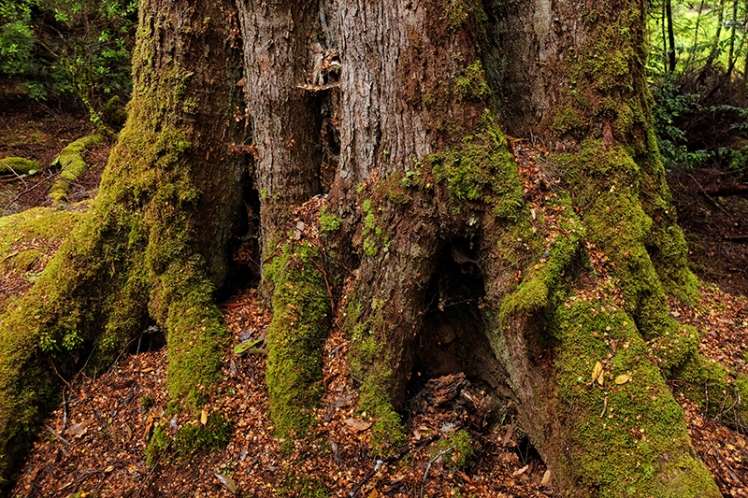 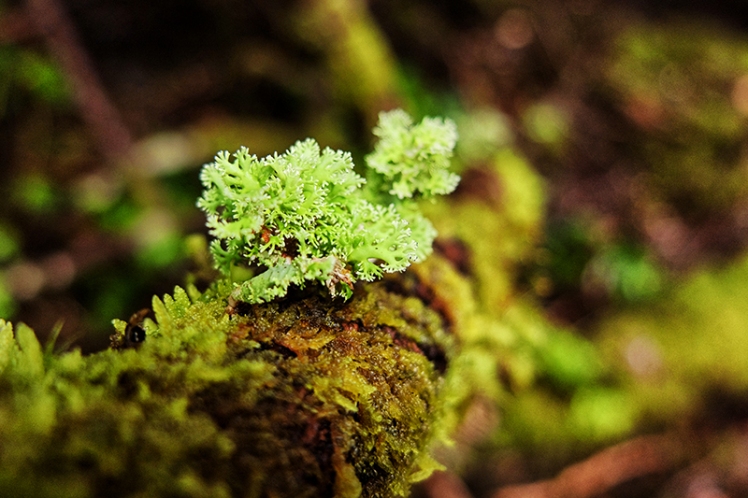 I know I say this after every blog post, that Tasmania couldn’t possibly surprise or delight me any further but boom, once again a truly staggering piece of this island has been revealed to me. I’m going to just give up on thinking I’ve seen everything now as clearly with so much of Tasmania still to explore, I know I’m in for many more “holy s**t on a stick that’s beautiful!” moments. Can’t wait to get back down to the South West and give the Sentinels and indeed the Needles a good aul climb.

One thought on “Southwest Tasmania”