Regular readers of this blog and followers of my Instagram account will know that I’ve been bitten hard by the street photography bug in recent weeks. When I first bought my Fujifilm X30, it was just to replace by previous X10 which suffered an unfortunate crushing incident. I primarily used the X10 as a travel camera and it’s the same case with the X30. Although a little larger than most compacts, it easily fits into larger pockets and I have it on me at all times, ABC as I always tell my fellow photographer friend….Always Bring your Camera.

Having previously enjoyed shooting the streets of Sydney, which you can check out the results from here, I was super excited to be going to Melbourne for Christmas. As was the case with the Sydney trip, I pretty much had just one day in which to indulge my street photography interests.

I primarily stuck to the CBD area, starting around the Elizabeth and Lonsdale Street areas, before slowly walking south towards Southbank and along the Yarra River. No trip to Melbourne would be complete without checking out the street art, which is everywhere but particularly prevalent in the Hosier Lane area where graffiti artists rub shoulders with tourists taking photos of them as they work. The smell of the paint in the air was intoxicating and it was fascinating to see fresh pieces coming together before your eyes. Of course, like any major city there’s always the lesser quality graffiti plastered everywhere but as far as decent, mural sized pieces made by actual talented artists, Melbourne certainly is a good spot to explore.

After exploring the graffiti, I continued towards the river and took a casual stroll through the Southbank area where tourists walked along the waterfront or sat in the numerous restaurants along the promenade. I made my way back towards my starting point and walked up and down the main shopping streets, capturing street performers and random interesting individuals along the way.

I had brought a fair amount of kit with me on the trip as I had been hoping to arrange a photoshoot with a local band (Orpheus Omega, check them out, they’re great if you like metal) which alas didn’t work out. I only brought Frank my X30 with me though and left Bob the bulky DSLR at home. So often on holidays, we photographers pack every bit of kit we own and then end up not using half of it. I’ve realised that the X30 is more than capable of getting me the shots I’d like to take, especially when it comes to street photography. An SLR is far too conspicuous and loud whereas the little Fujifilm just blends in and lets me look just like all the other tourists milling about.

There’s exciting times ahead for us Fuji shooters as in just a few hours, the much awaited X-Pro 2 is going to be announced. I’m not super excited for the X-Pro 2 however as there’s another camera coming that has piqued by interest…..the X70. It’s basically going to be a baby X100T with a fixed 28mm lens, i.e. it’s going to be an amazing street photography camera! My X30 is pretty much always set to 28mm and sometimes 35mm so the X70 is a very exciting prospect indeed given its larger sensor and more professional features.

In the mean time, my little X30 is more than good enough for my street photography needs and I can’t wait to get back out onto the streets of Hobart to capture some more scenes of daily life.

Here’s the photos from my Melbourne trip below, all taken with the Fujifilm X30. I was surprised by the amount of them which I felt worked better in colour as I’ve been primarily going with black and white, that’s the Alex Webb influence I guess. Speaking of influences, I picked up a great street photography book in Melbourne, The Street Photographer’s Manual by David Gibson. It’s full of striking examples by the leading street photographers of today alongside great project ideas to keep you motivated. 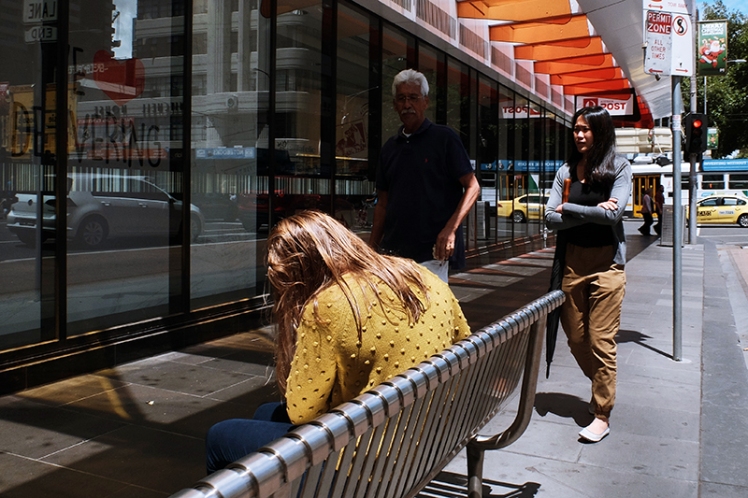 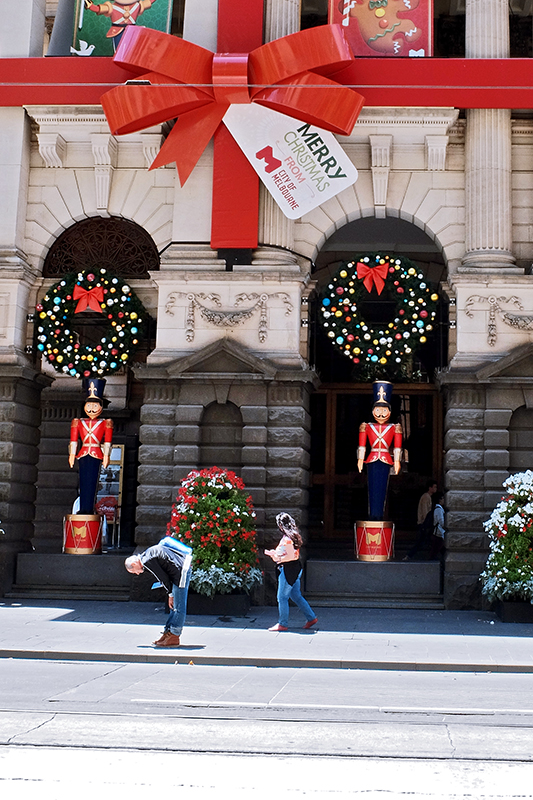 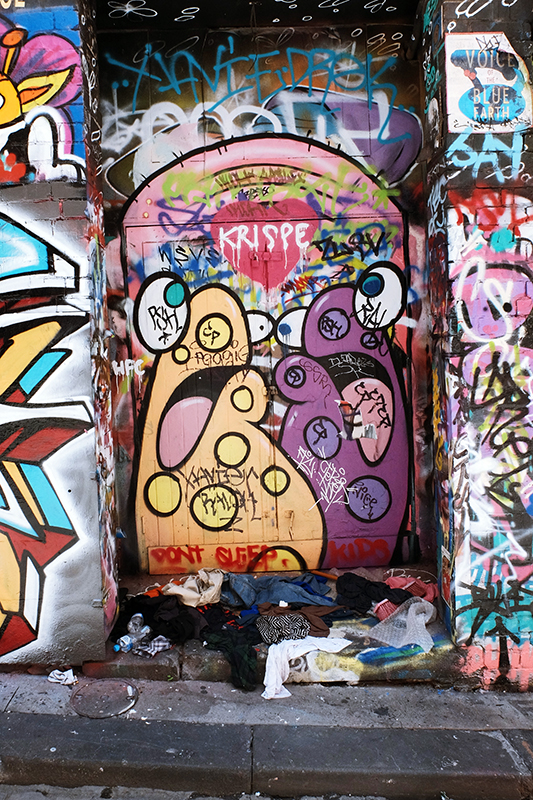 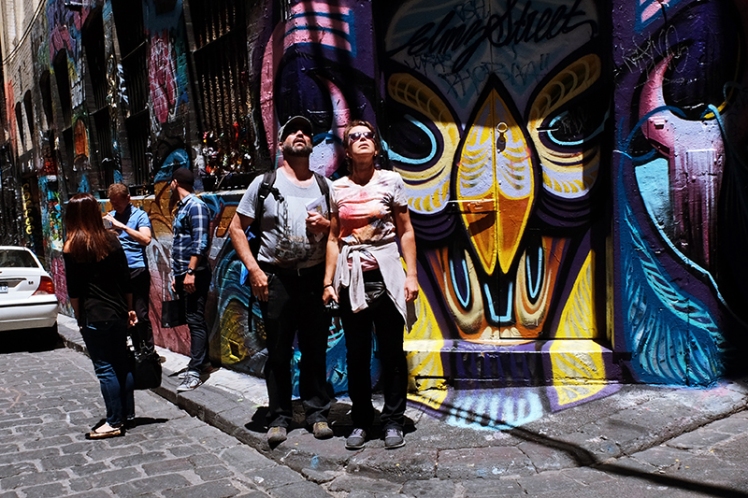 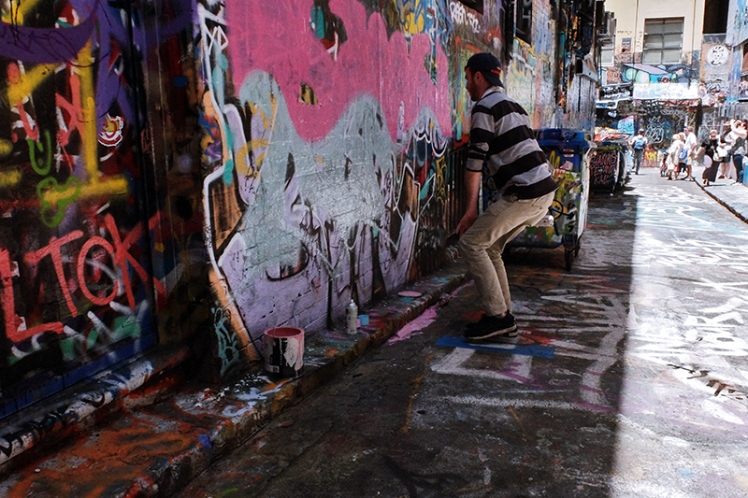 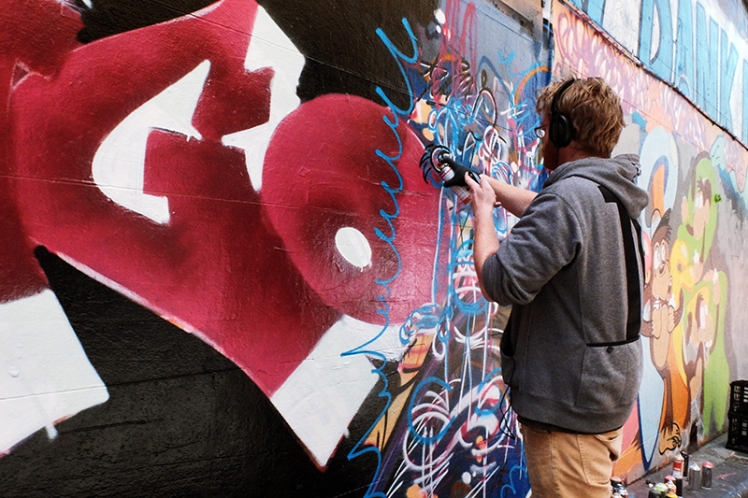 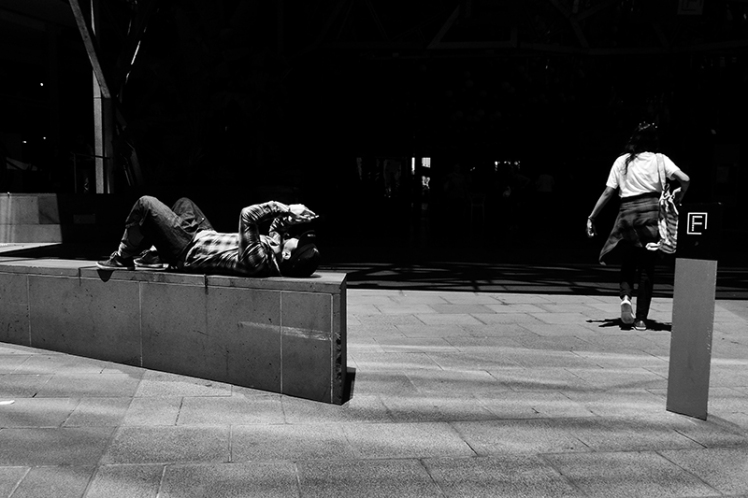 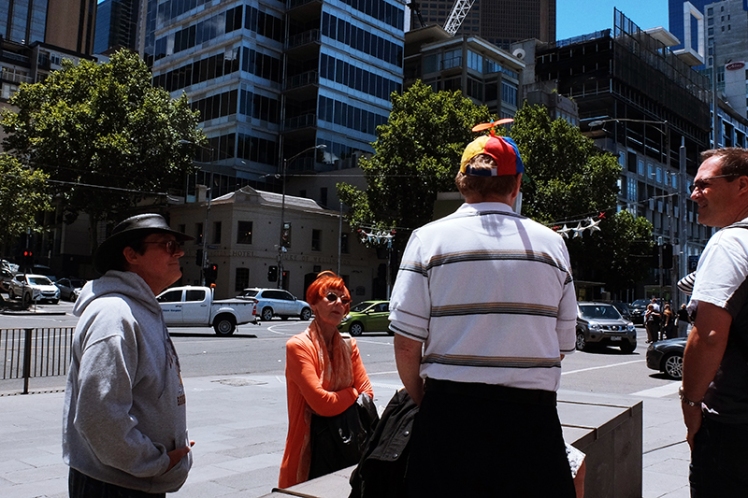 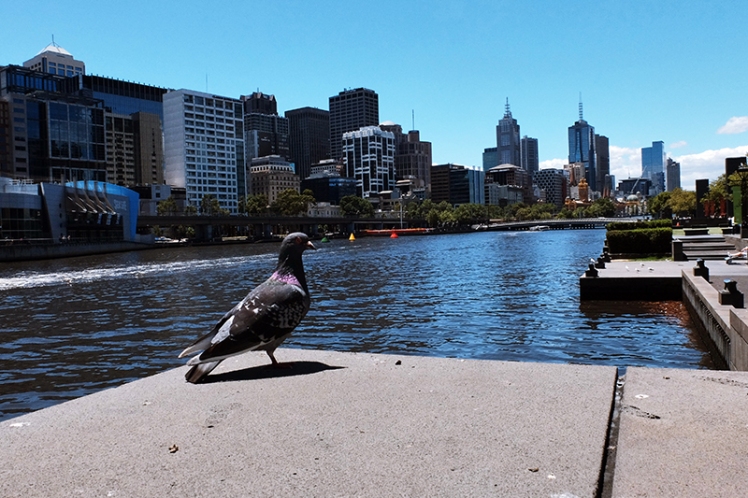 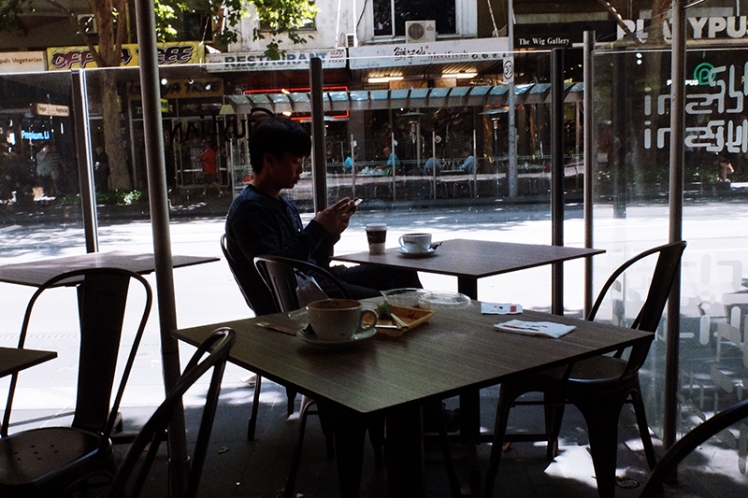 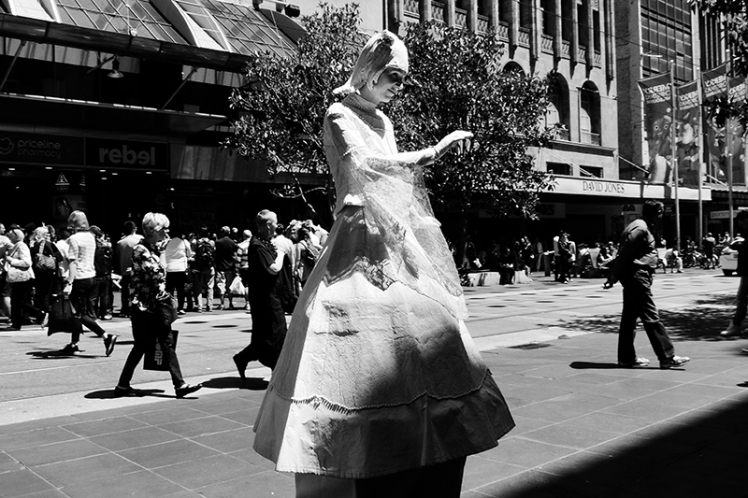 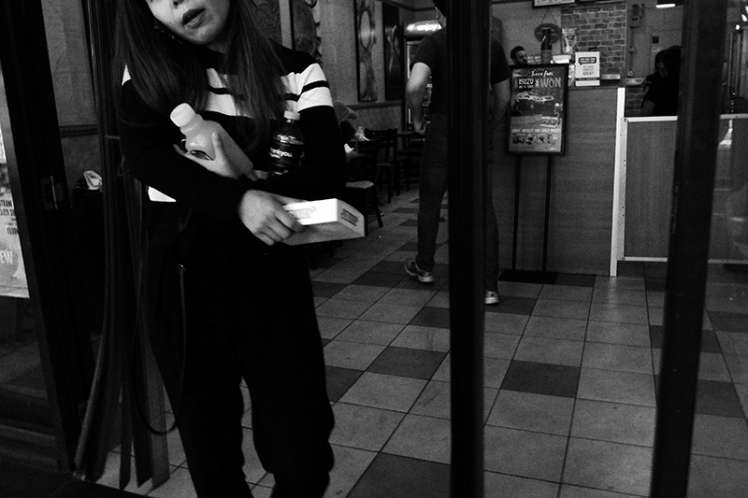 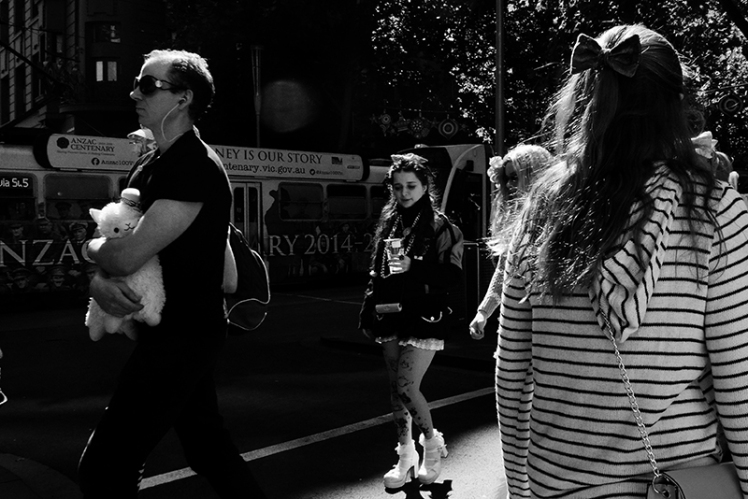 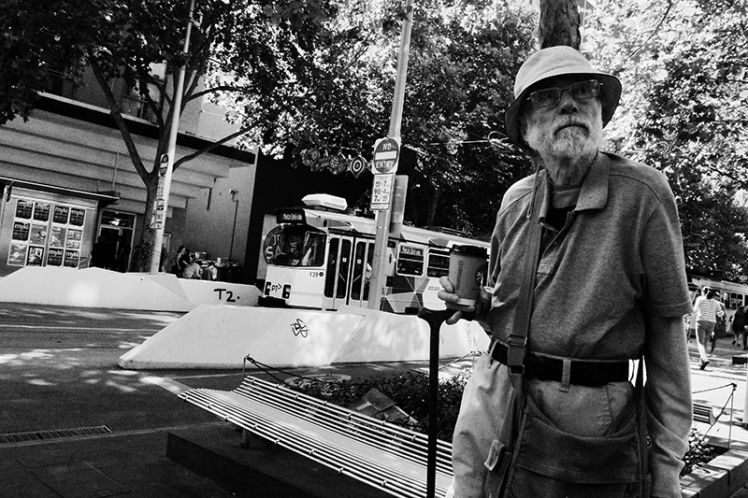 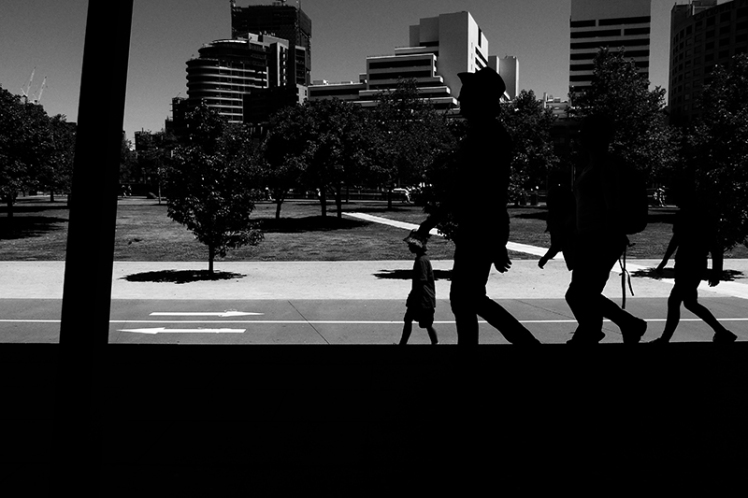 You can see more of my street photography with the Fujifilm X30 from Sydney here and shots from Hobart here as well as a review I put together here.

4 thoughts on “Melbourne streets with the Fujifilm X30”