This past weekend I decided I’d go to the seaside on my adventure day as who doesn’t love a day at the beach? We had come fairly close….ish on an earlier visit to Golden Gate Park (more on that wonderful place later) but stayed around the Eastern areas of the park, not venturing towards the mighty Pacific ocean. We’d also kind of seen the ocean while walking across the Golden Gate Bridge before that (more on that wonderful piece of engineering later) but again, it wasn’t quite there, it felt like we were in a bit from the sea, if that makes sense.

I wanted to go right to the coastline, where the waves crashed ashore after travelling thousands of miles across the vast ocean. I wanted to feel the spray and feel my feet sinking into the damp sand as the salty sea-air whipped around me. I knew there was sand there for sure, a quick stalk around Google Earth showed me that. I always spoil locations I plan to visit by first having an aul fly around the area in Google Earth. It’s mostly to find interesting views to photograph which I usually forget all about anyway.

I wasn’t quite prepared for just how much sand however. My local beach in Portmarnock, County Dublin, is a fine velvety sliver of glass that some say is the greatest beach in the Universe. By some, I mean anyone from Portmarnock who cringes at the thought of hot Summer days, when the scum of Dublin flock to our beautiful shores and destroy the peaceful calm. There’s nothing better or more relaxing than a walk on that beach.

Or is there? Ocean Beach is big, REALLY big with more sand than you can shake a stick at. Again I keep using that phrase but it really makes no sense. Why would I shake a stick at stand? Or anything for that matter? Ok maybe a dog before I threw said stick for it to fetch, but certainly not a Dilophosaurus, yes I’m looking at you Dennis Nedry.

Aaaaanyhooo where were we? Aaah yes, the beach, the sea, the sand, the waves, the ocean, the wonder of nature. It really is a lovely beach indeed. I walked all the way down from the last stop on the N line to the top of the beach at the Seal Rocks and Lands End. It was a really nice walk with plenty to see along the way, most interesting was the kite surfers, bombing up and down the shoreline, catching air here and there and trying desperately hard not to crash into each other or be taken skywards by a sudden updraft.

There were hundreds of people walking up and down the beach, with their kids, or their dogs or sitting down and enjoying the…..blasts of sand in their face! Seriously that did not look like a fun day out. Others took shelter in the dunes where the wind was less powerful. Despite it being a grand spot for kite flyers, there were scarce few around, except for the three dudes from the  Ultimate Synchronised Manly Kite Flying Squad or USMKFS as they certainly weren’t called but they should have been. They each flew their identical kite in perfect formation, diving one after the other and performing all manner of fancy aerial maneuvers.

As I reached the end of the beach there were of course your typical Darwin award nominees seeing how far out into the smashing surf they could get before the waves picked them up and bitch-slapped them into the rocky outcrop. It didn’t and they soon realised “Oh yeah, this is fucking retarded, we should probably go home and study or something”.

I still had a bit of time left and didn’t want to just walk back down the way I came, so I ventured onwards up the hill to the Cliff House and onwards around the coastline to the Sutro Baths, which are sadly a shadow of their former glory.  And from there the path just kept going and before long I was walking through some lovely tree lined trails with the occasional peak down to the ocean before the grand unveiling of some sumptuous vistas along the shoreline of the North West corner of San Francisco.

On the way I passed through Sea Cliff, which is like the Malibu of San Francisco. At first I didn’t pay too much attention but as the houses got larger and the signs for “No tour buses” became more frequent, I became more and more aware of the fact that I was carrying not one but TWO cameras on my shoulders, one with a telephoto lens. I half expected to be shooed away by a burly security guard but thankfully I made it through unscathed. Being Irish, I care little for celebrity so I just calmly walked through and tried not to stare or bother any of the residents.

I actually ended up walking all the way around to the Golden Gate Bridge, I literally ran into the cafe there to grab a sandwich and water when I arrived. No angry dad shouting at his little daughter this time around thankfully. I sat outside and ate the sandwich in….oooooh 2.3 seconds and drank the water just as quickly, and then it was on to the bus and back home to the East Bay.

Now on with the visual recounting of the day, in mostly geographic order from the start till the end of the lovely stroll. 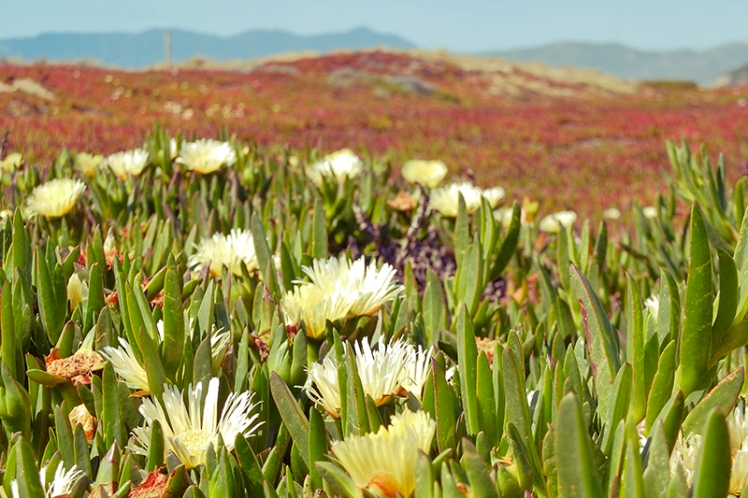 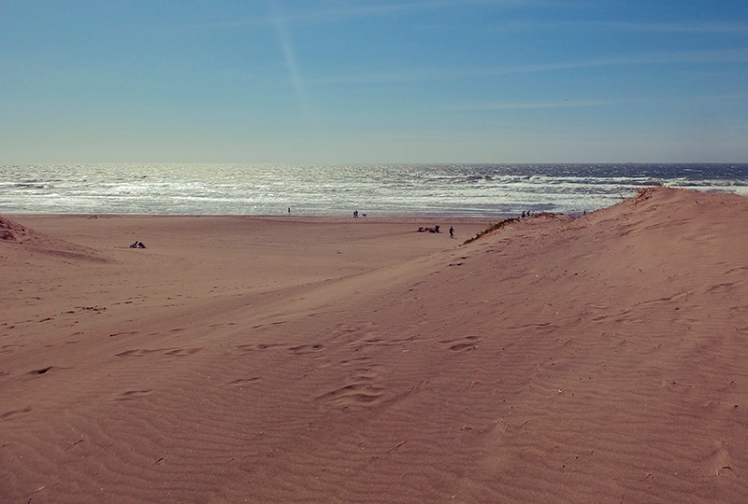 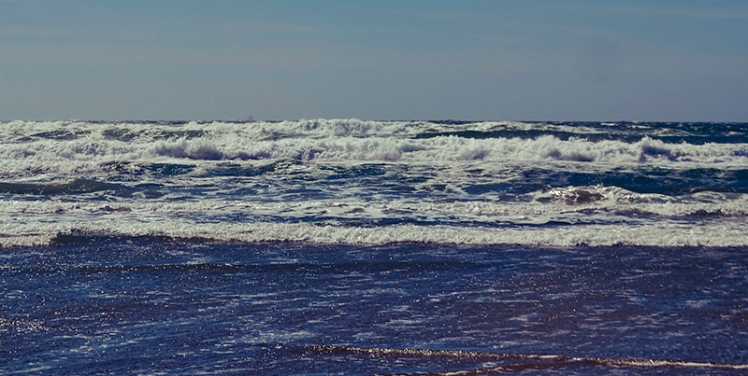 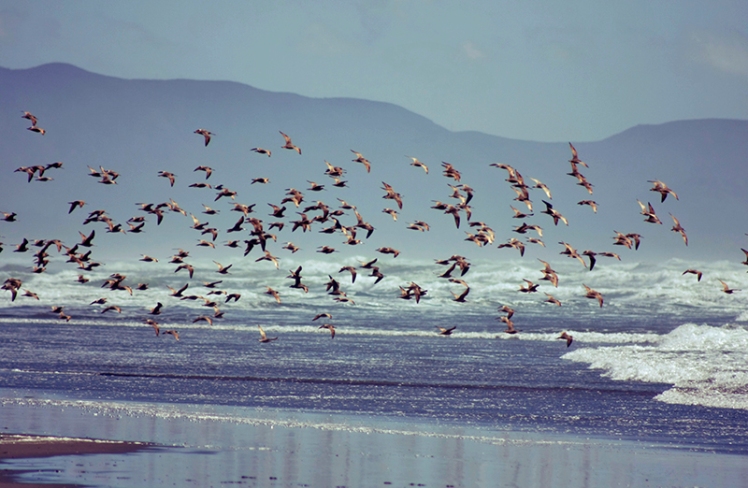 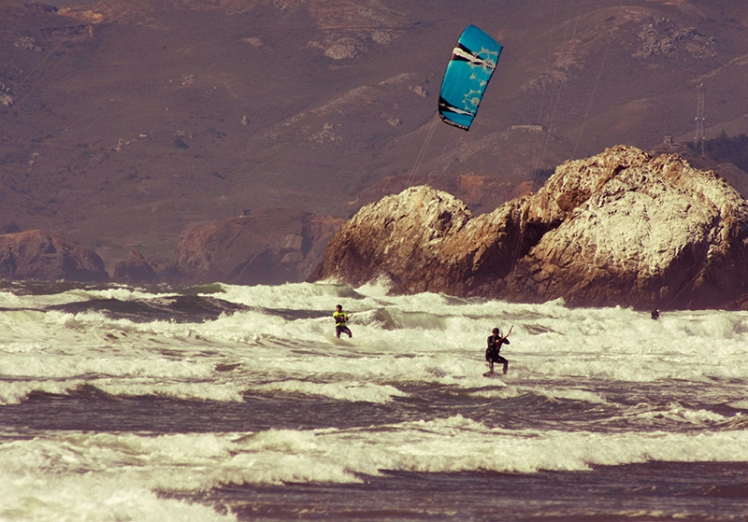 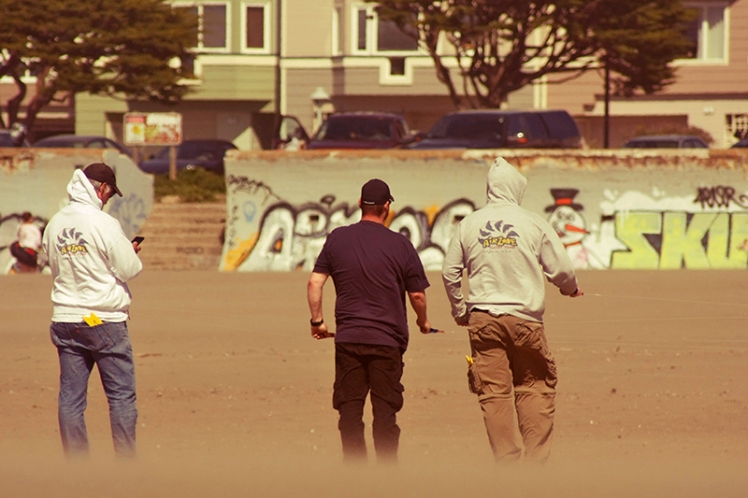 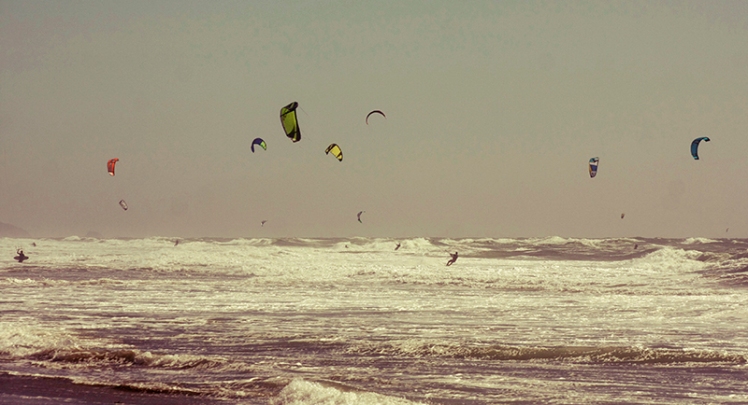 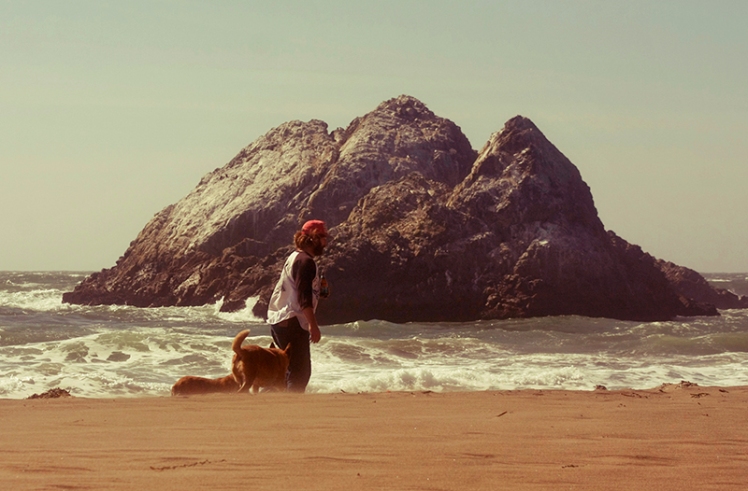 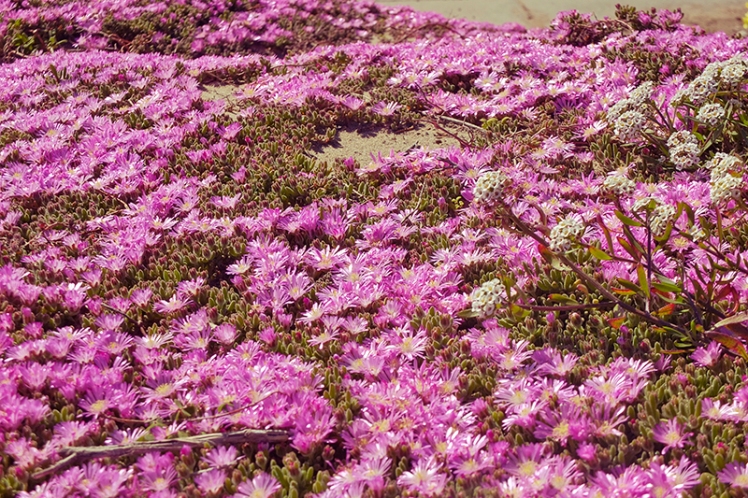 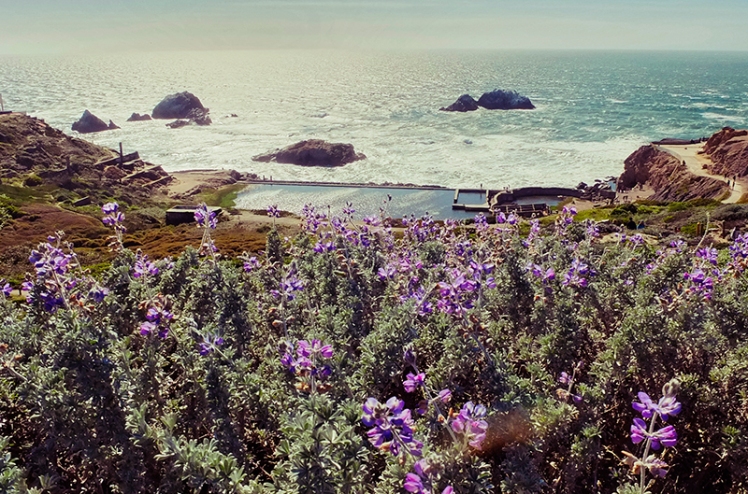 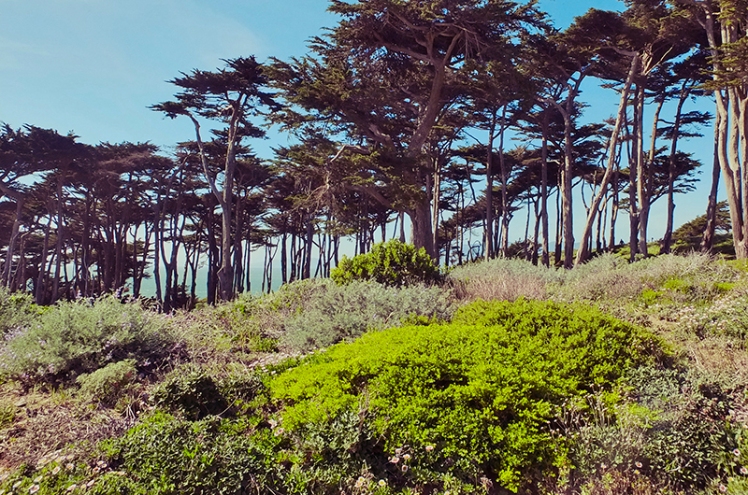 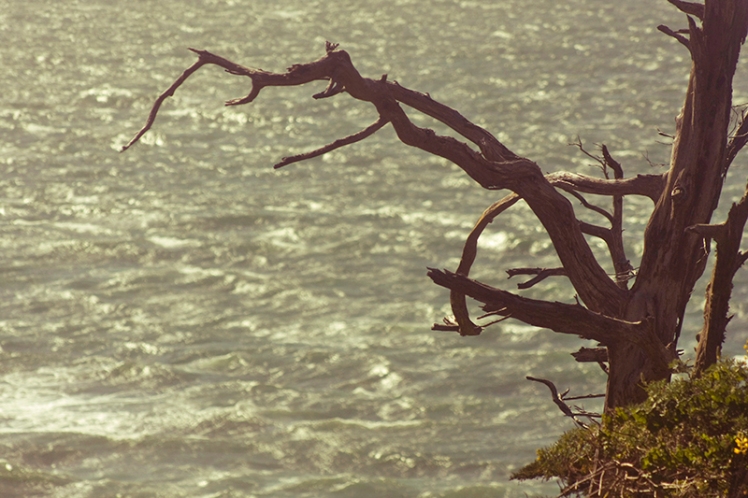 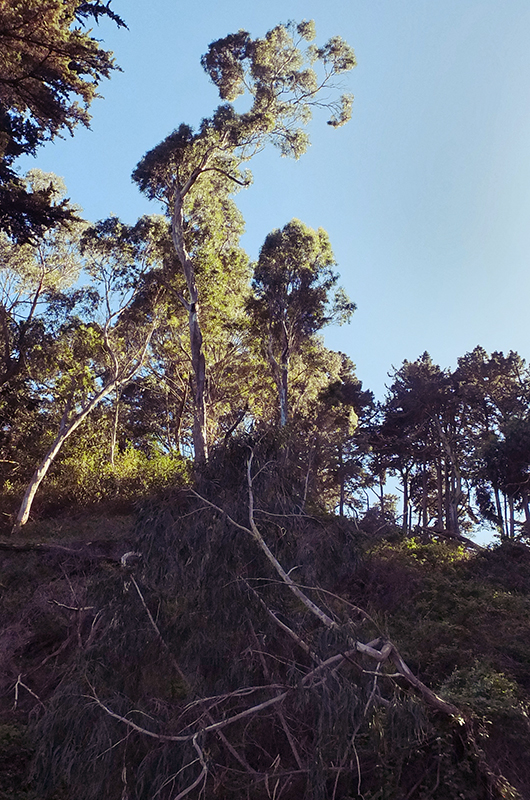 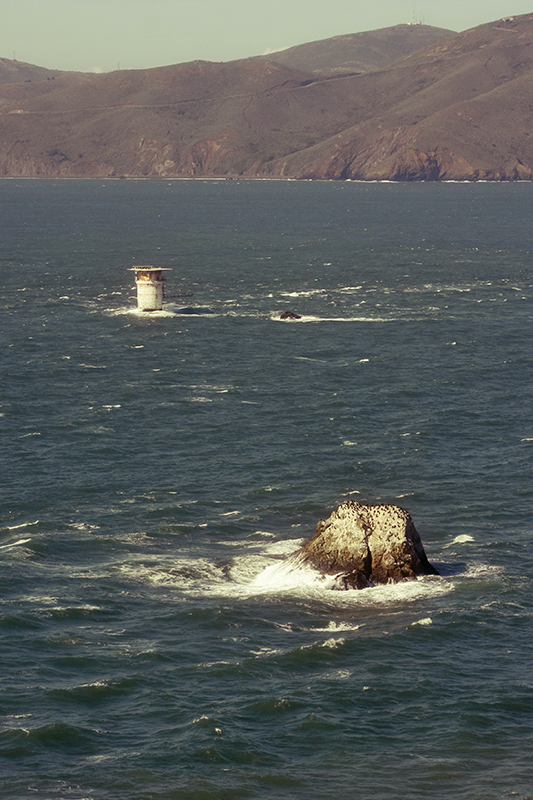 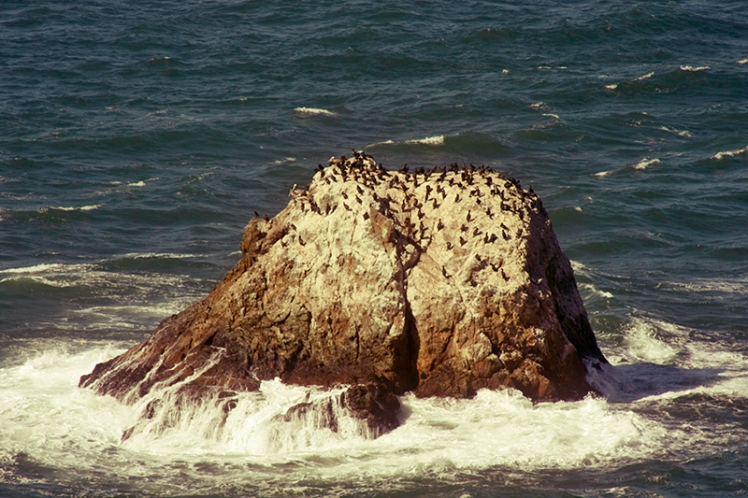