I knew there’d be some damn cool stuff to see in San Francisco, but I didn’t think a World War 2 submarine would be one of those things! Coming from Ireland, our navy is somewhat lacking in bad-ass military equipment. I remember many years ago over one St. Patrick’s weekend we were able to go onboard one of our navy vessels and of course everyone wanted to see the guns. There was a fairly sizeable cannon at the front and another smaller machine gun around the side. It was pretty damn cool, up until they told us their main duties were chasing Spanish fishermen out of our waters.

The crew of the USS Pampanito on the other hand, had a rather more eventful time of things during their time in the second World War. They were responsible for the sinking of no less than six Japanese ships. Now of course, war is a horrifying and visceral side of humanity that unfortunately we see far too often. This floating museum gives you a small idea of what it must have been like on board, during active service.

If you are claustrophobic, look away now. It is very confined inside, albeit with a surprising amount of comforts. The kitchen for instance is larger (and better equipped) than the one in our Czech apartment! The sense of atmosphere was heightened by a radio in the mess room, pumping out wartime era tunes to raise the troops morale. There was of course, the obligatory 1940’s pinup taking pride of place in the mess hall. A vessel full of men needed something to distract them from the horrors of war.

In what I assume was the captain’s bunk room there was a nice little framed photo of I assume his wife, an image far removed from the more lurid lonely men all alone together image found in the mess hall. It really brought home the feeling of isolation, not only being thousands of miles from home, but also spending that time hundreds of metres below the surface. It must have been such a difficult sensation to get your head around.

And now time to geeky out with the reality that, oh my God i’m on a freaking WWII submarine!

Did it have a section with red lighting?

Hell yes it did! When we saw it coming up after stepping through a bulkhead, we both squealed with delight and pretty much simultaneously said “Oh my God there’s the red light bit, it does exist!!!”

MANY….MANY torpedoes! And torpedo tubes and torpedo cut-outs so you could see their fascinating inner workings. I was shocked by how large they were, much bigger than I was expecting for some reason.

What could you see through the periscope?

Did the submarine dive while you were onboard?

Unfortunately not but that would have been amazing! And terrifying! The rolling of the submarine while tied up to the pier was disorienting and claustrophobic enough.

Are submarines actually freaking awesome and fascinating examples of engineering genius and skill?

And now for some photos that sort of give you a sense of what it was like but of course nothing compares to the real thing, a definite recommendation for anyone visiting the Fisherman’s Wharf area and with an interest in military hardware and the terrifying tools of war. Oh, and if you’re one of those steampunk fans……bring tissues.

For more information on the USS Pampanito, including blue-prints, you know just in case you fancied making your own:
http://www.maritime.org/pamphome.htm 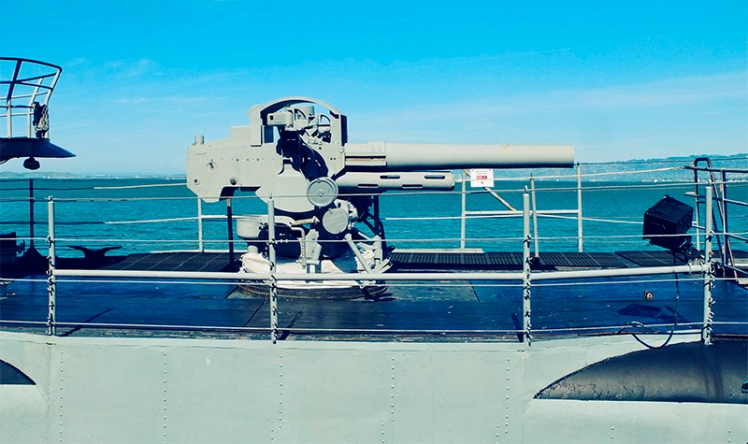 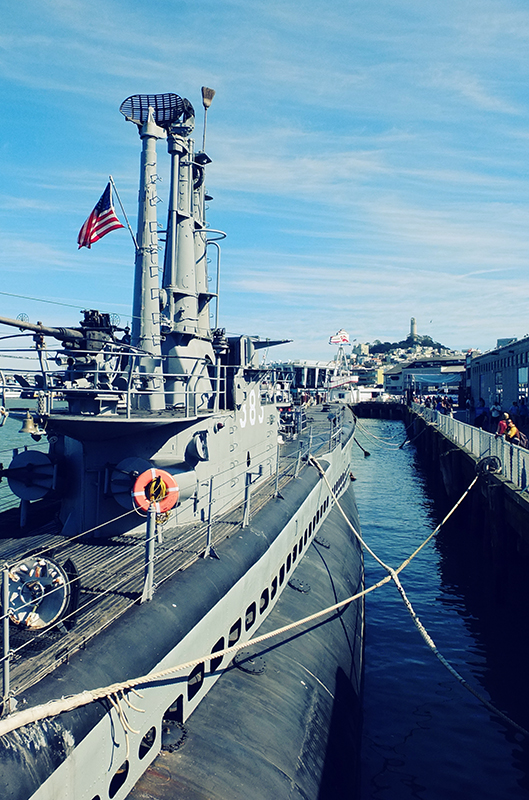 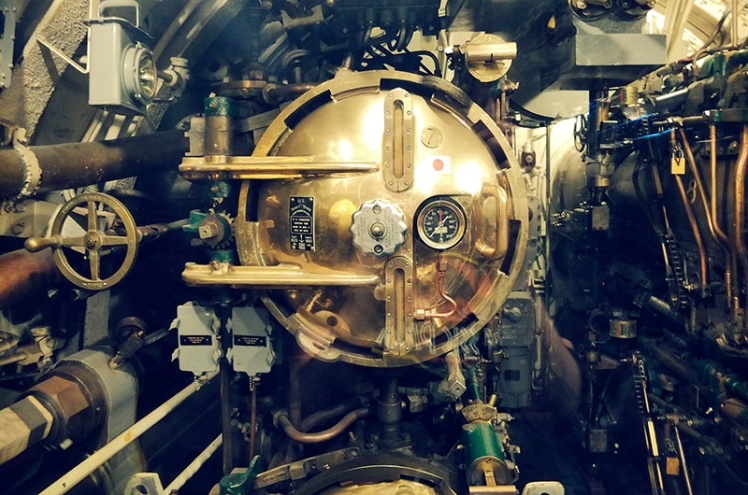 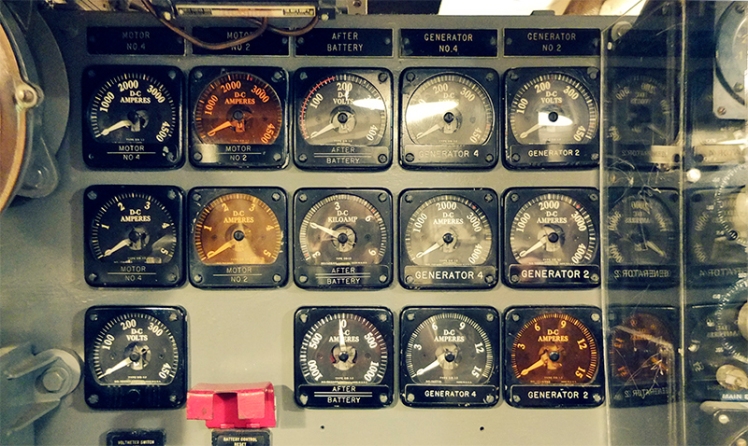 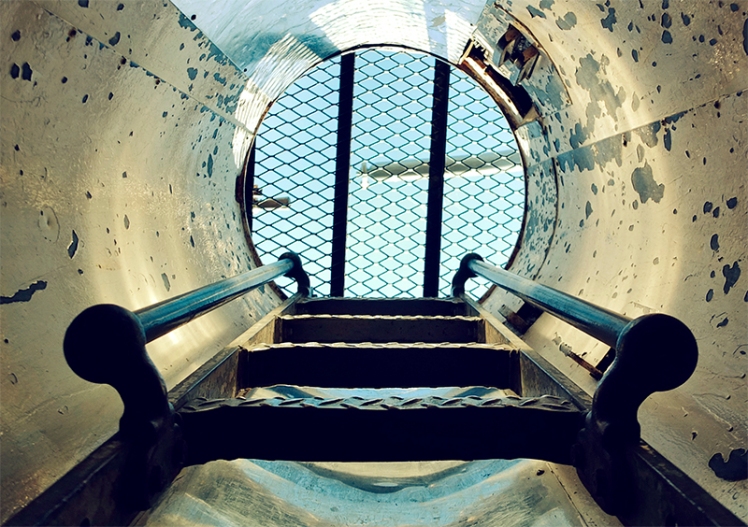 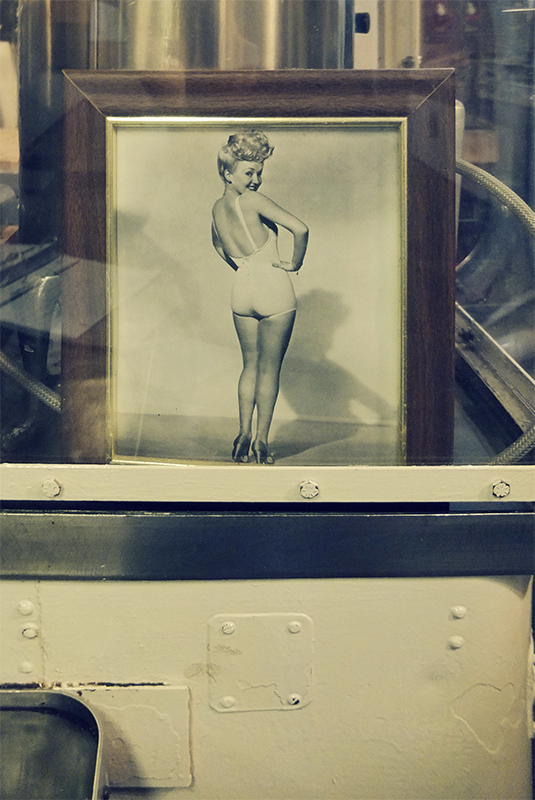 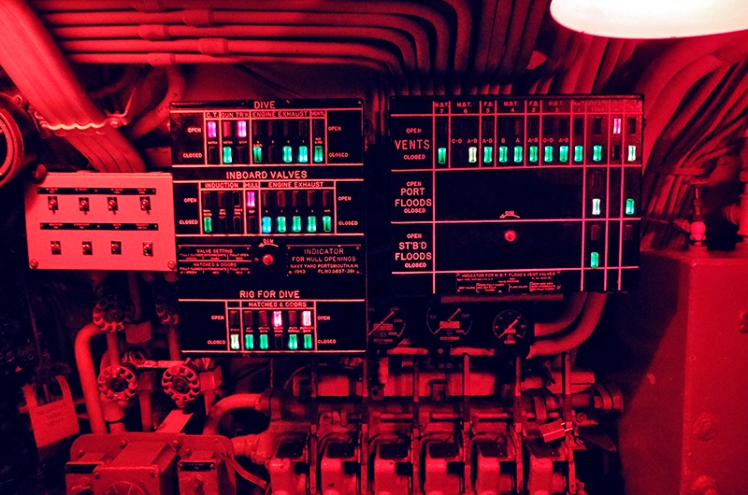 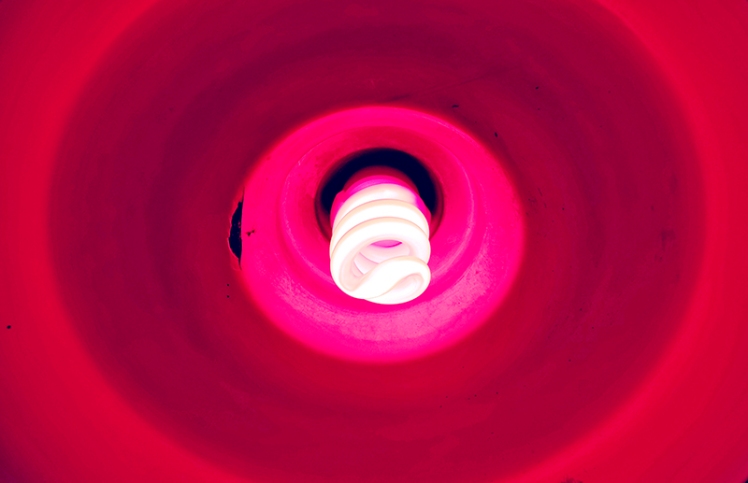 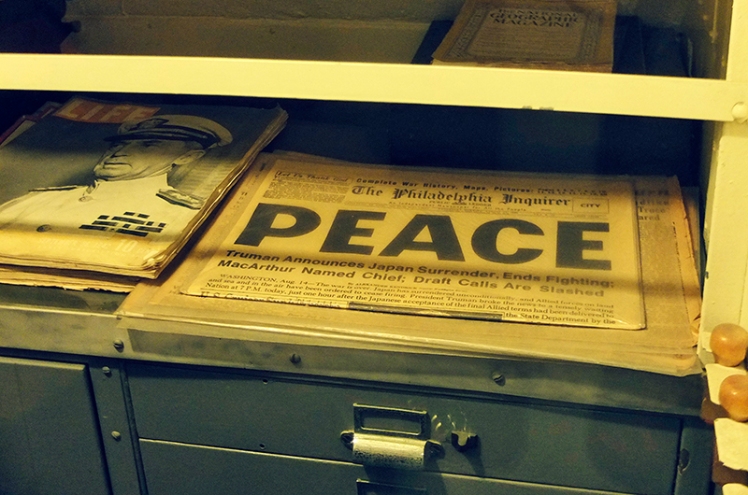 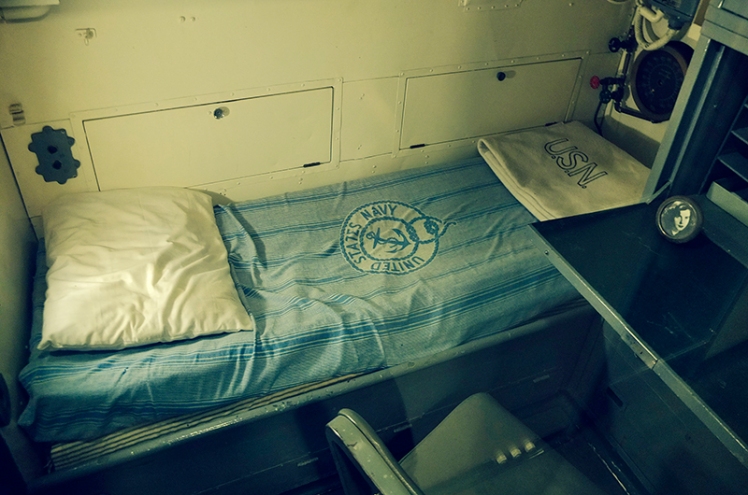 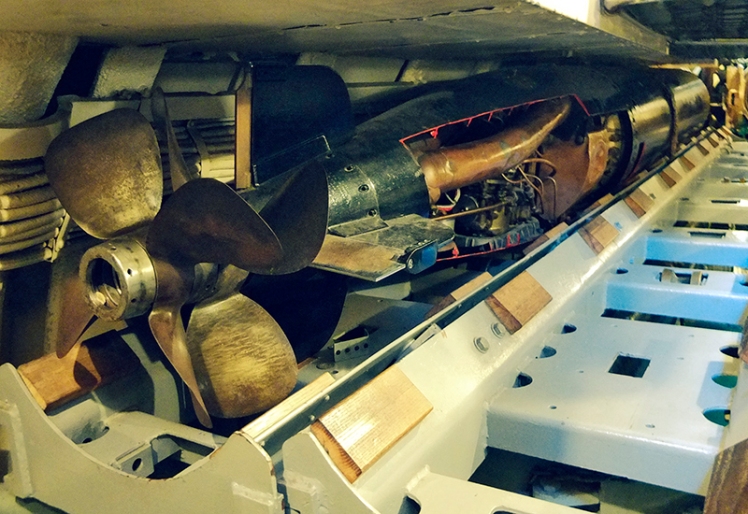 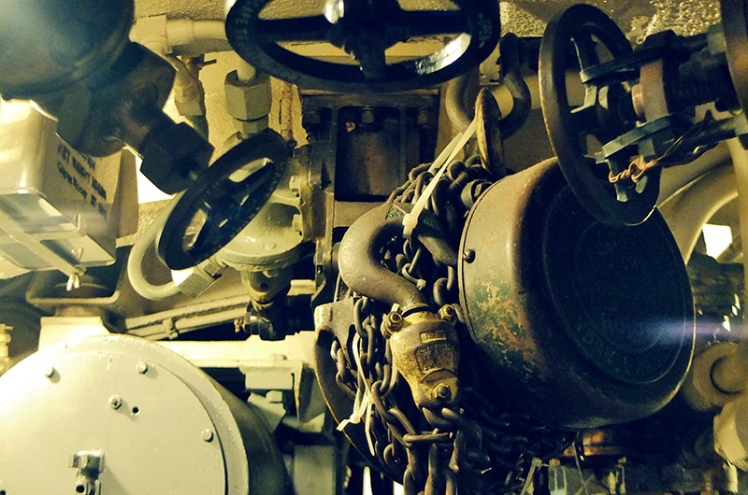 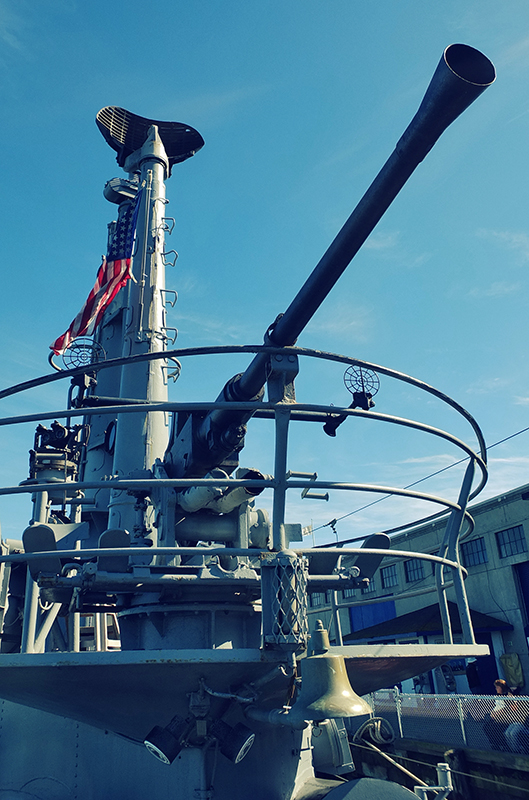