So we live in America now…..Well for three months anyway, while Sinéad is working in the University of Berkeley. We’re living in a really funky house about half way between the marina and downtown Berkeley. We found it on airbnb, which is a fantastic site to find accommodation, yes even for longer stays.

Seeing as we have a marina fairly close by, I thought i’d take a stroll down there and check it out. The walk down there is pretty long and you have to cross over the motorway (sorry highway) which is ten lanes wide and makes our M50 look like a B road. There’s a nice bridge that takes you to the other side and has two pretty damn random statues on either end. 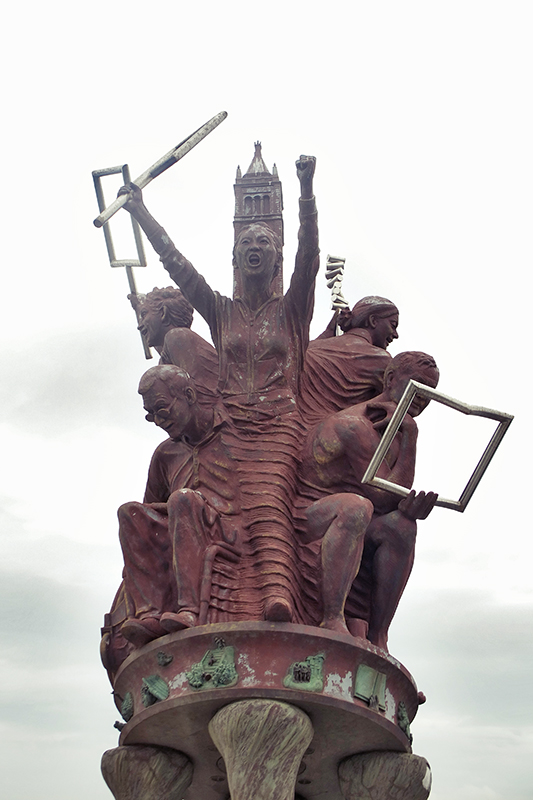 Before you cross over the bridge, there’s a nice little lagoon/pond kind of thing with some wading birds. There was a fair amount of garbage in the water and at the shore which took away from it a bit. Crossing over the bridge there’s not too much to see really, and the same is true for most of the walk down towards the marina. There’s a nice looking cafe just as you turn left down towards the marina which I’d say makes a nice resting spot after a long day on the sea. 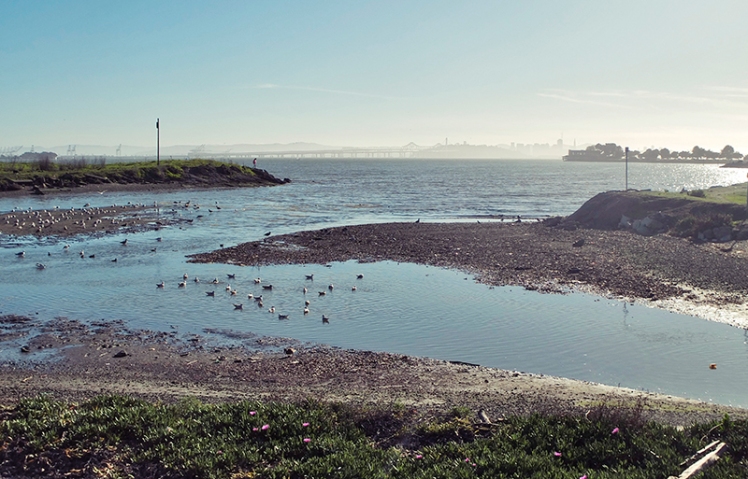 There’s a pretty pleasant park area surrounding the main pier and marina area with lots of squirrels running around and families and couples relaxing in the sun. The squirrels are different to our European species, sort of fatter and more low to the ground and not quite as cute, they look kind of dirty or something to be honest. I decided to head straight for the pier and having looked up some images on Flickr, I knew I had to get the obligatory below pier shot with the pylons disappearing into the distance.

Climbing back up on the pier, it’s a fairly standard pier-like structure, albeit the first wooden one I’ve had the pleasure of strolling down. Dotted along it’s planks there’s a number of men with fishing rods hoping to make a catch as well as some funky graffiti on the electrical boxes. It was a really bright hazy afternoon when I got down there, so the view of the city and the Golden Gate bridge was perhaps not as spectacular as it could have been. In saying that, the sight of the Golden Gate is something to behold. Even from my vantage point, several kilometers away, the sheer scale of it is very impressive indeed. I can’t wait to see it up close! 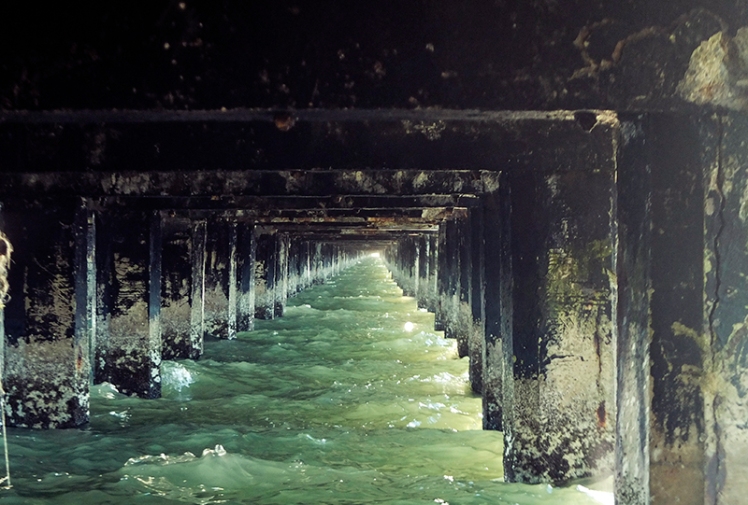 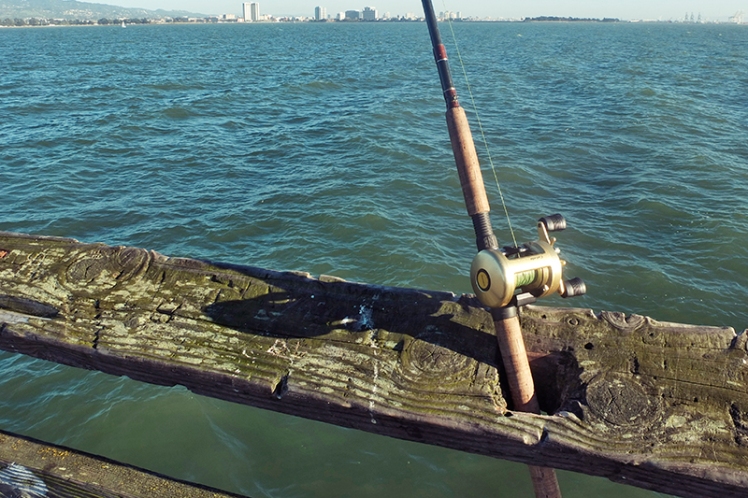 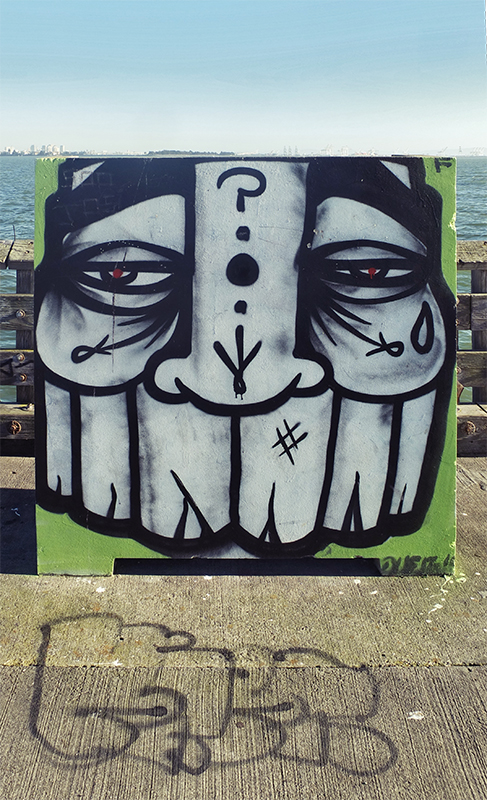 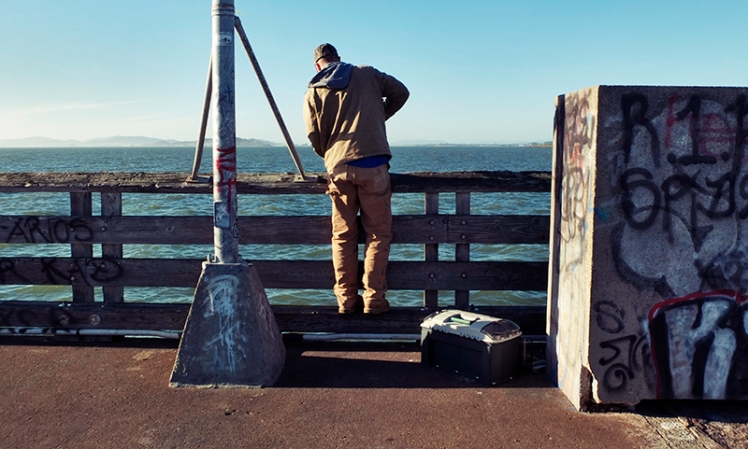 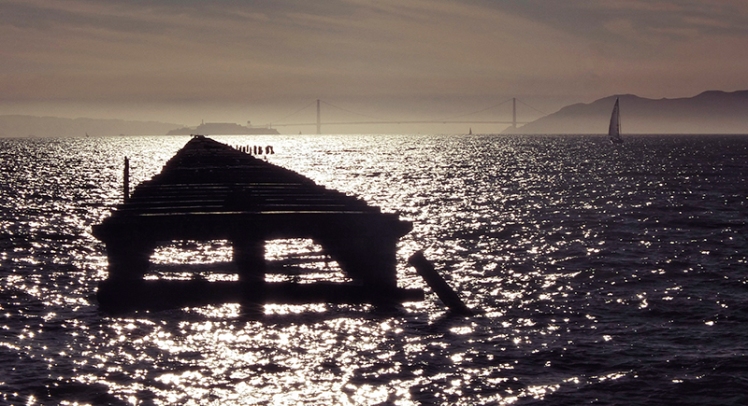 It’s a very pleasant walk down the pier and the little food trailer at the start must make a lot of money, as you certainly work up a thirst on a sunny day. I continued walking along the shoreline towards the marina, past the Skates on the Bay restaurant, defiantly sitting atop the water on a multitude of wooden stilts. Naturally having your restaurant built like a Bond villain’s hideout means the menu is fairly pricey, but then again so are lots of things here I’ve found.

The marina itself was jam-packed with boats of all shapes and sizes including yachts, fishing boats, canoes, and of course palatial house-boats which looked absolutely amazing. Having strolled around and looked at the gorgeous yachts it was time to head home. I hadn’t noticed on the way down but the seeming waste-ground on the way into the marina, is in fact fairly widely used as evidenced by the couple racing their RC buggies around a track complete with ramps, while families explored the undulating terrain.

The marina has something for everyone, whether they be casual stroller, rich yacht owning sailing types or those looking to get back to nature without having to leave the city boundaries. I even saw a fluffy little rabbit on the way home who seemed very used to people and let me get really close before he gingerly hopped away into the bushes. Overall as marinas and piers go, Berkeley’s is rather pleasant, if a little quiet, but then again it’s not the Summer months just yet so i’d imagine it will come to life a little more. 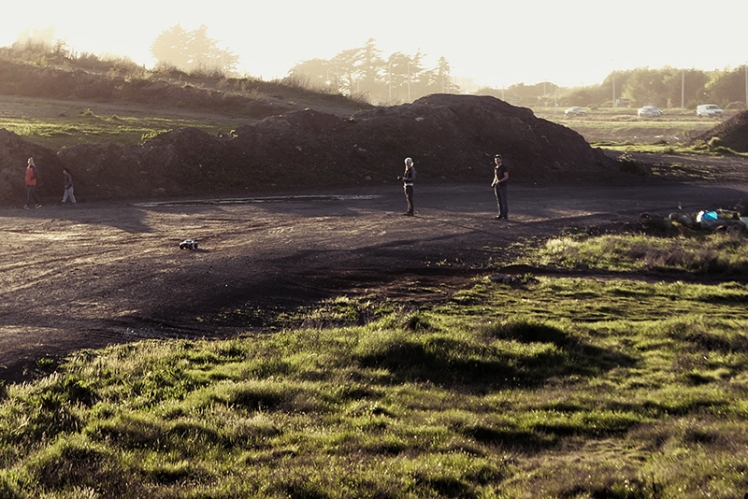 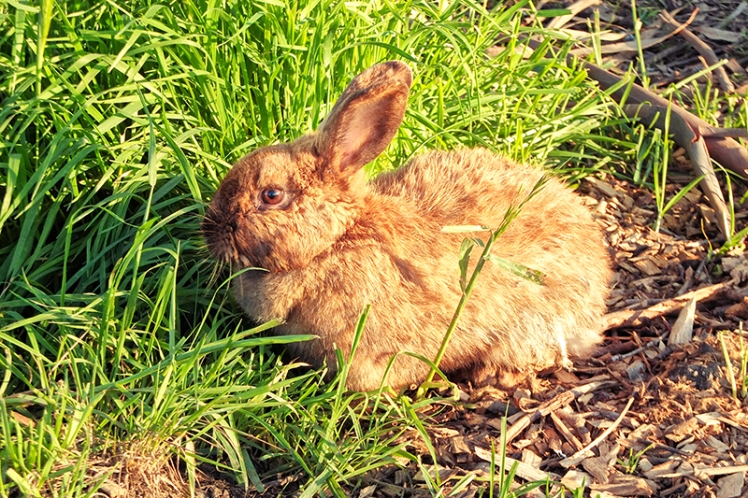