It’s been almost two years since I first set foot on Tasmanian soil. I’ve had the immense privilege of seeing some of this island’s most picturesque and beautiful sights. Putting a top 10 together has not been easy as it means omitting a place that is no less amazing than those featured here. The scariest (and most exciting part) is that I’ve still barely scratched the surface of this magical place. I wonder how this list will look in a few years after I’ve hopefully had the chance to explore some more.

So let’s crack on with my ten best places I’ve seen so far in Tasmania. This isn’t a countdown as, like I’ve said above, all these places are amazing in their own right and to rank them is just not fair. I’ll link to full blog posts on each location in the descriptions below.

I’ve been fortunate enough to see different facades of Mount Field on the two occasions I’ve been here. The most recent part I had the pleasure of visiting was the Tarn Shelf which is just breathtaking. Previously I got to explore the waterfalls at the base of the park as well as the turning of the Fagus, which are no less spectacular than their visual counterparts at higher altitudes. You can read more about that excursion here.

This place is pretty damn amazing. A few weeks ago we explored the area around Lakes Gordon and Pedder which included the most spectacular drive past the Sentinel Range and surrounding area. The Southwest has so much more going on that it would take many many trips and long overnight treks to fully do it justice.

I’ve seen some beautiful beaches over the years but the one at Crescent Bay is something else. I could chill on that beach for days or spend hours climbing up the dunes and flying back down on a board or having a relaxing swim in the choppy waters that run ashore in the most perfect of patterns.

The hike out to Cape Hauy on Christmas Eve was just what the doctor ordered after a rough few weeks. There’s nothing like getting out into the rugged sights of nature to cure the soul and bring a sense of tranquillity. Still have to get out to the other equally stunning capes on the Tasman Peninsula, which just goes to show the vast array of beautiful places there are to see….and that’s just on the Tasman Peninsula alone!

If you forced me to make this list a ranked one, I’d probably put Maria Island at the top. I’ve been there three times now and I don’t think I’ll ever tire of going there, it’s a special place that just has an otherworldly air I can’t quite describe.

The first journey to Maria Island, a quick day trip.
The second trip, my first camping experience in Tassie.
The third and most epic trip, a multiple day camping/cycling odyssey. 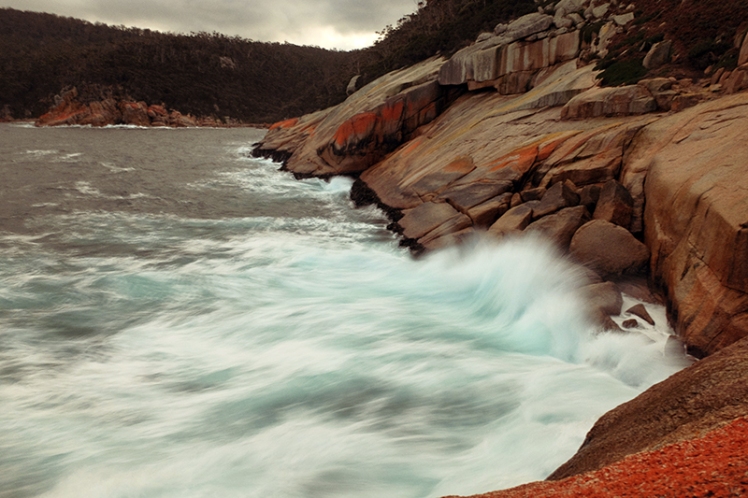 You’ve seen the photos from this place, it’s freaking amazing! I got up at the crack of dawn to take photos at Binalong Bay and was not disappointed. The red/orange lichen on the rocks is just spectacular, a must-see if you’re in Tasmania. 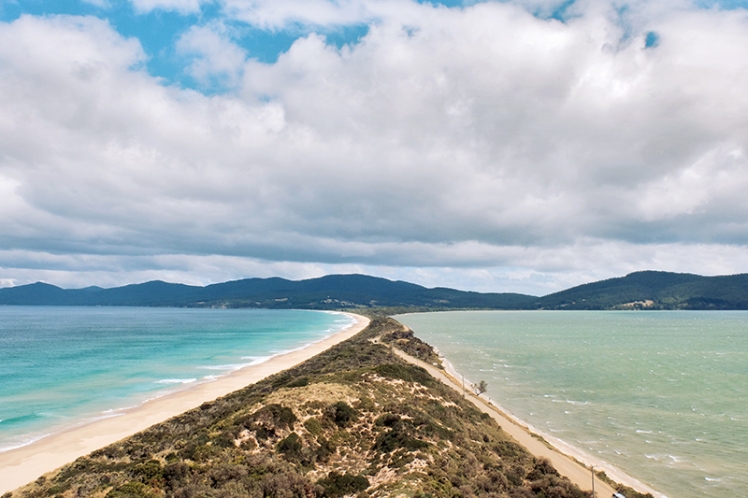 Love it or hate it, there’s absolutely zero denying the impact David Walsh’s MONA has had on Tasmania. It opened the floodgates to a new dawn of tourism that has seen Tasmania sweep the board at national tourism awards for the past few years and sparked a revolution far beyond the world of art that has seen world class food, drink and experiences put Tasmania firmly on the must-visit places map.

The Mountain. You can’t go anywhere in Hobart without feeling its presence looming over you. To have such a playground of walking and hiking trails right on your doorstep is a claim few cities in the World can make. You can also drive to the very top, again, not many places can boast about that. I’ve lost count of the amount of times I’ve been on Mount Wellington, whether it’s just the foothills or climbing all the way to the top. In Summer it’s a perfect place to spend an afternoon hiking around. In Winter the summit is a truly remarkable place to be. There’s even a few secrets up its sleeve that are worth experiencing. 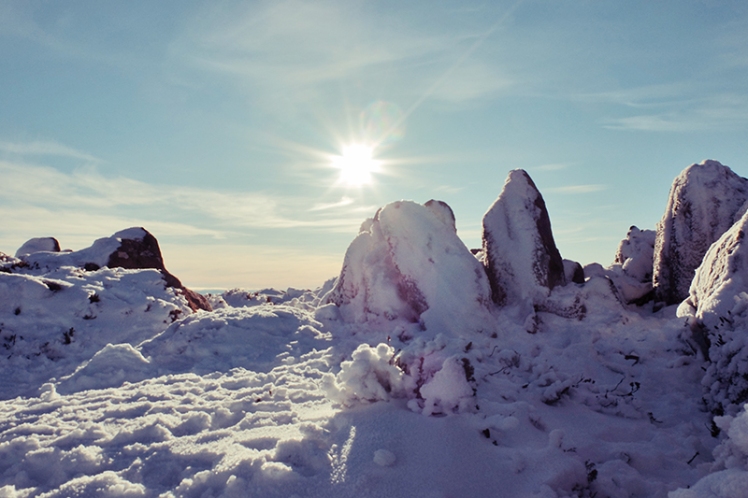 If you’re into your plants and flowers, you could spend months travelling around Tasmania trying to see them all. An afternoon at the Botanical Gardens is a much better idea if you’re constrained for time as within it’s picturesque walls are examples of almost every time of plant species you’re likely to see around the state and beyond. If you’re looking for the perfect place to curl up with a book in the great outdoors than this is certainly a good option.

So there you have it, my Tassie top 10…..for now. Feel free to browse through the rest of the blog to see some of the sights that didn’t make it into this list. You could easily put together a Tassie Top 100, there’s that much to see and explore on this beautiful island. So what are you waiting for? Book those tickets and come see it for yourself.