Regular readers and those following my Instagram account will be well aware that we’ve been in Tasmania for around two weeks now and have seen some beautiful sights in and around our new home in Hobart. It’s taken me a few days to get around to writing a first post and there’s plenty more to come with lots of ideas and plans whirring around inside my head so stay tuned for those.

We arrived here from Ireland on Tuesday 31st of March after approximately 573 hours journey time. Ok it wasn’t THAT long but sure felt like it at times, long haul flights are no walk in the park but Emirates did a good job of making it comfy AND we got to fly in an A380 which was awesome. I still don’t know how that thing flies, it’s so massive it makes a Jumbo look like a little Cesna.

We arrived in Dubai at….some time on one of the days and had to be ushered through to the connecting flight to Melbourne by the Emirates staff. We didn’t get a chance to get out and see Dubai itself which I was fine with as it’s never been on my list of must-see places, seems too plastic and resort based for my liking. The airport was really nice though and it was interesting to see the cultural elements of the UAE in the design. 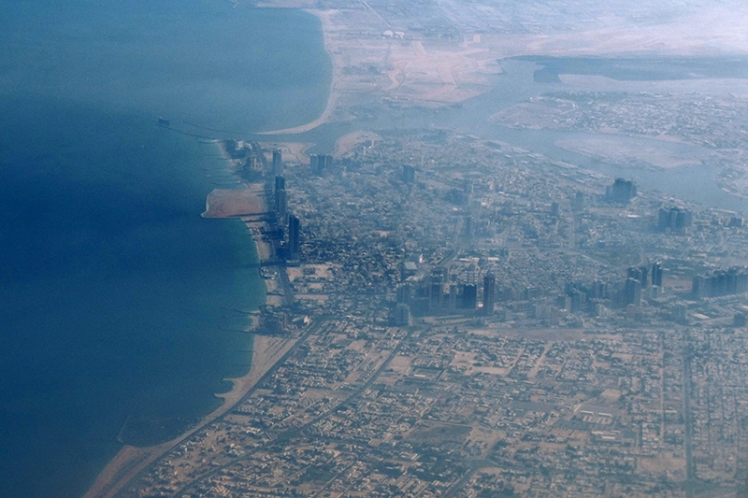 We took off  (somehow) in the giant Airbus and several hours and another sunset/sunrise within what seemed like minutes of each other combo later we were in Australia. Scary times ahead. “Who are you?” “What are you doing here?” “Have you any food or seeds with you?” “Can you afford to live here?” “What is your quest?” “What is your favourite colour?”…..The thought of the immigration control interview had been on my mind the whole flight.

Nothing, not a single question, just looked at the passports and nodded us through. Not that we had any reason to be worried of course, just didn’t think it would be so seamless and worry free. Thanks for that Australia 🙂

We had a few hours to kill in Melbourne airport before our final flight to Hobart. I say flight, it was more like a bus journey really after the two previous long haul marathons. Flying over Tasmania it was great to see the landscape I had been oogling on Google Earth the previous few months and I can’t wait to get out there and see more of it beyond Hobart.

At the time of writing we’re STILL waiting to hear back from the real estate people about our application for an apartment. In the meantime we’re staying with a lovely lady through AirBnB and wouldn’t you know it, she’s Irish too! She’s been really nice and has happily let us extend our stay with her from the initial booking, despite trying to sell the house herself. We tried to stay awake as long as possible the first day we arrived but my early evening the monster that is Jetlagzilla had defeated us and laid waste to our energy levels and we dozed off.

The following morning, Sinead was determined she was going to go into her job at the University and fair play to her, she did just that. It was on the journey there that we caught our first sight of the exotic fauna of Tasmania. Now Tassie locals bear with me on this one as we’re from Ireland and these creatures are sold as pets at home so don’t snigger too much.

Basically, there are flocks of cockatoos hanging around the waterfront near the university and they’re just there….like pigeons back home except they’re these beautiful exotic creatures with…….the most horrendous and unromantic screeching call you can imagine. No musical melancholic notes with these guys, oh no. They strike me as the jerks of the local bird world, like a gang of unruly teenagers hanging outside the corner shop and harassing little old ladies.

After I saw Sinead off at her new job I went for a stroll around the neighbourhood myself and ventured towards the city through Sandy Bay and Battery Point along the waterfront. It quickly became apparent that this was one quaint little place. The houses are just beautiful, one after another of old world colonial style, each with my favourite feature in a house….a front porch with bench to sit on and watch the world go by. Every now and then someone will have build a series of apartments or a glass and concrete statement that contrasts boldly with the traditional aesthetic around it but still works somehow and doesn’t detract from the atmosphere.

I made my way around the shoreline through undulating hills lined with these pretty homes, passing small little parks that break up the hustle and bustle of the tightly packed human containers around them. I think my first big “ooooooh” moment was when I stumbled onto the grounds of the CSIRO or Commonwealth Scientific and Industrial Research Organisation  facility in Sandy Bay, complete with massive and most impressive Antarctic research vessel. I was surprised I could walk around the grounds, rubbing shoulders with no doubt brilliant marine biologists in the process. I’m not a scientist myself but I do get excited in the presence of their facilities, especially ones as cool as CSIRO. These guys and girls get to go to Antarctica for a living and that’s freaking cool if you ask me! It’s still 2,500km away but to be so close to the South Pole fills me with giddy excitement and thoughts of great David Attenborough narrated documentaries on the complexities of life in the polar extremes.

Passing by the CSIRO facility I came across another research building, the institute for Marine and Antarctic studies and had another “oooooh shiny” moment. From there I was pretty much downtown and a stone’s throw from the main harbour and CBD areas….more on those in another post.

The pictures below are from two different strolls with the majority being from that first foray beyond our accommodation and the others from an early rise to capture the sun coming up over Sandy Bay. It’s been a great two weeks so far and if we can just get sorted with a place and I can find some work then I think it’s going to be a great two years. 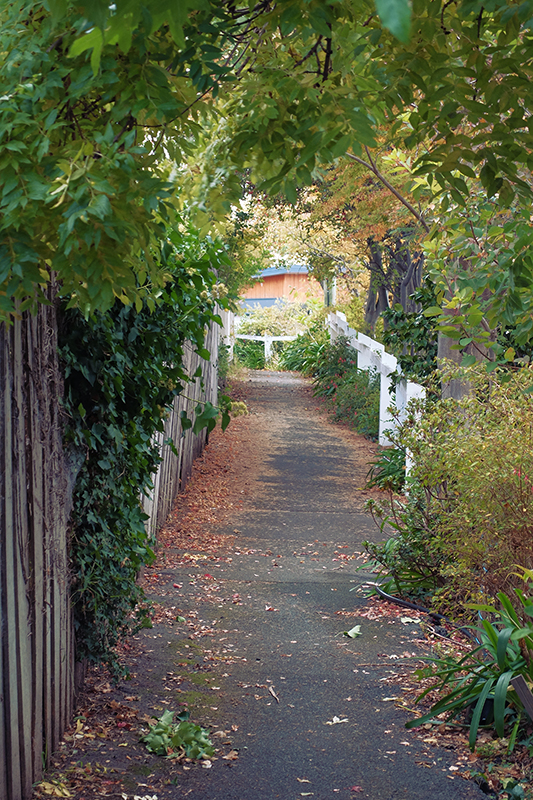 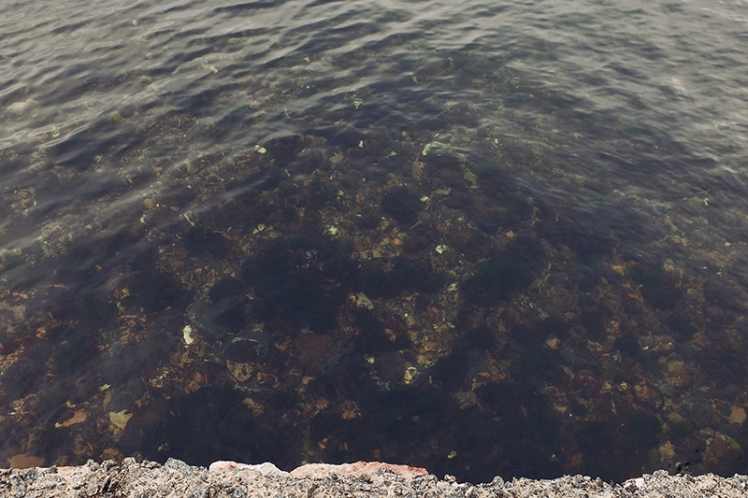 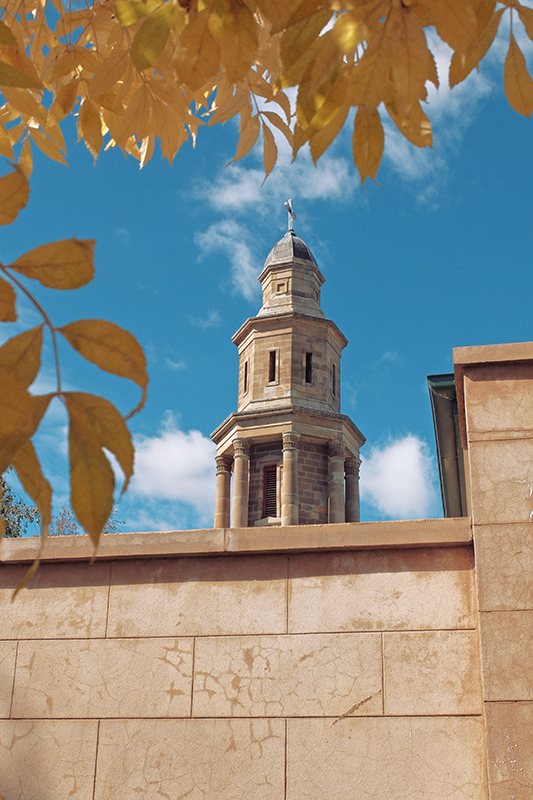 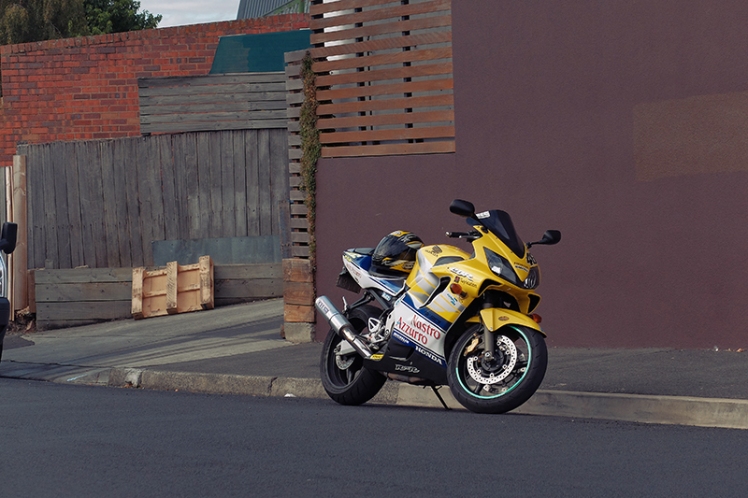 2 thoughts on “Here we go….again. First forays into Hobart.”