Unfortunately as I write this, the Czech ice hockey team, and of course its fans are drowning their sorrows after being knocked out of the ice hockey quarter finals at the Winter Olympics in Sochi by the USA (Boooooooo).  There was some consolation for fans in Pardubice however, with two goals from local boy Ales Hemsky, although he in fact plays in Canada for the Edmonton Oilers.

It’s safe enough to say there’ll be a somber mood in work tomorrow, although I think the Czech Republic can bow out with their heads held high. Ice hockey is huge here in the Czech Republic, and having been to a few games last season, it really is a great sport to watch. I have to confess to having not attended a HC ČSOB Pojišťovna Pardubice game this season, which is absolutely disgraceful, I know.

We did however recently check out a ZH Pardubice game, who are in a lower league than their bigger cousins who play in the main CZ Arena next door. We were invited to come to the game by my colleague Marek Čaladi who plays in goal. He told me before the game that he was nursing and injury and was doubtful to play. He must have a good physio however as he was the man between the posts when we arrived at the Mala Hala beside the main arena. I also realised another former colleague of ours was on the team, Oťakar Janecký who plays in attack.

We arrived at the arena on a chilly January evening for the important playoff game against HC Slovan Moravian Třebová. Yes these names are a bit of a mouthful aren’t they? But hey that’s how they roll here, it’s not the Pardubice Half a Horses or the HC Slovan Noisy Drummers, the sponsors make it possible for these teams to exist so their names feature prominently.

The Mala Hala is the smaller brother of the CZ Arena but it’s an impressive space with more wood than I’ve ever seen in a single building, Noah himself would be proud. The fans area consisted of some raised terracing behind the dugouts which when we arrived were sparsely populated by a handful of fans. We made our way about half way down and stood just behind the home dugout. You wouldn’t get this close so easily for a game next door, okay you would but it would cost you several times the price of a ticket to ZH Pardubice.

The teams came out to a sedate applause from the local crowd and a rambunctious hammering of drums from the travelling fans. They reminded me of the hardcore HC ČSOB fans who would bang their drums and jump up and down all game long. A few minutes into the game we turned around and were surprised by the sheer numbers of people that were suddenly standing and sitting behind us. Clearly ninjas.

It’s always great to see the passion of fans supporting their local team, and shows you don’t have to support the NHL giants to be a truly dedicated fan. I remember when I did a placement with a sports photography agency in Ireland (The very talented team at Inpho) and shot at a number of “smaller” sports. The passion of the fans was amazing and so great to see. True passion from the heart and not just because a marketing team told you to to.

I’ll cut a long story short and let you know that alas ZH Pardubice lost the game 3-5. And went on to lose the subsequent fixtures against their Moravian foes. It was just as exciting to watch as a bigger game, although for some reason it seemed a little slower than in the bigger stadium, even though we were closer. Physicists among you can ponder that one.

With just a few games left in the season, and with our imminent departure to San Francisco for three months (more on that soon), I don’t think we’ll make it to one of the big games this season, which is a shame. There’s a different buzz to a smaller sports event, but it’s…..I don’t know how you’d describe it…..it’s…..nicer….warmer…..more genuine I suppose and something I’ve definitely noticed after attending a number of smaller events both here and back home. Sure there’s the spectacle of a “big” game with a TV audience and celebrities in the stands but the true passion of sport, the roots of the bigger picture are right there, in local arenas, on local pitches. It’s the jumpers for goalpoasts, the bunch of lads squeezing into their friend’s van to get to the next game, sport for the sake of sport, for the taking part, for the athletic prowess, for the love of the game. Ice Hockey is a fantastic sport to watch and hopefully the national leagues can produce some talented players to bring home the gold, come the next Winter Olympics. And if not you can be damn sure these kids will keep playing their hearts out. 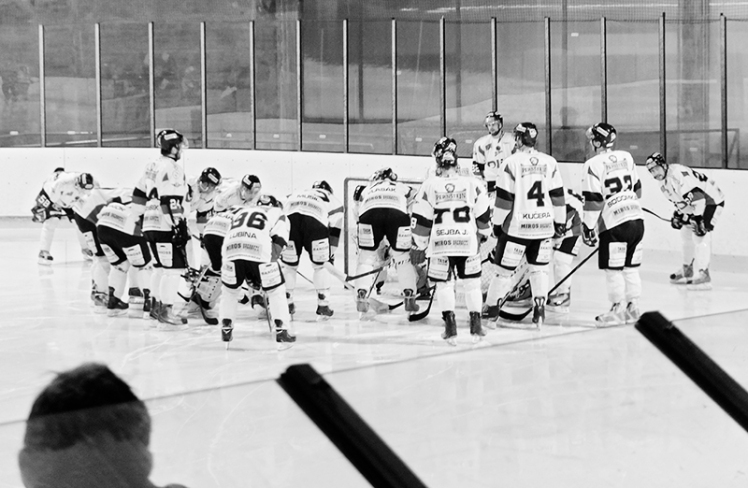 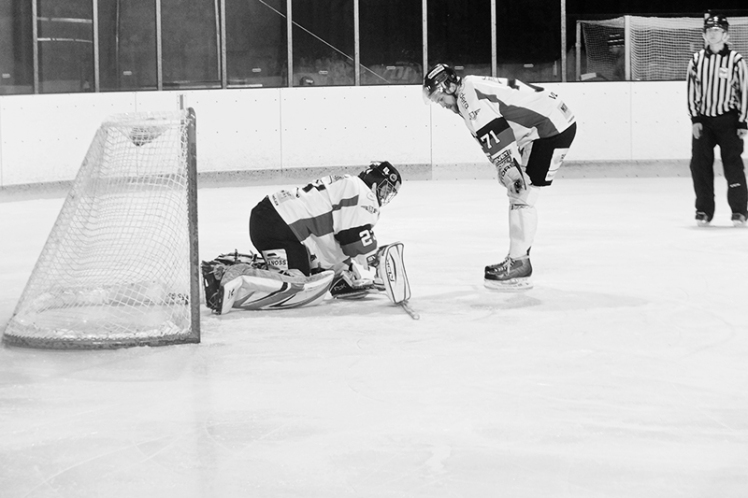 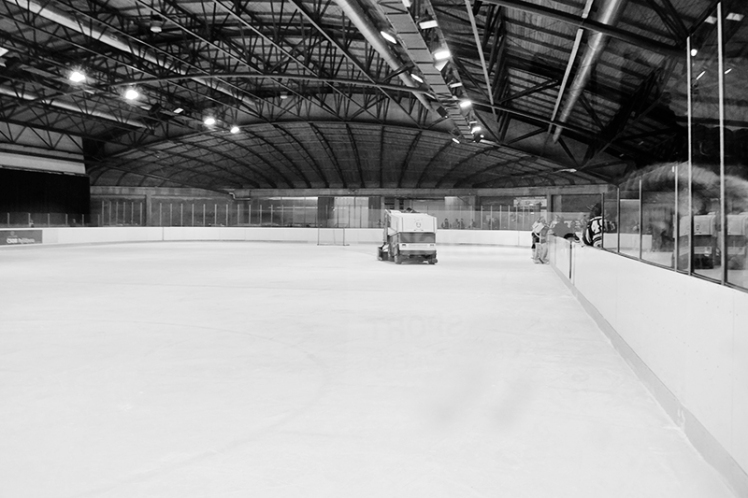 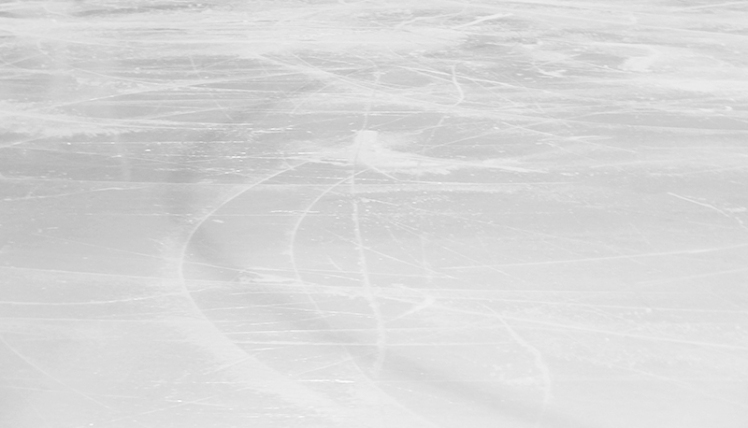 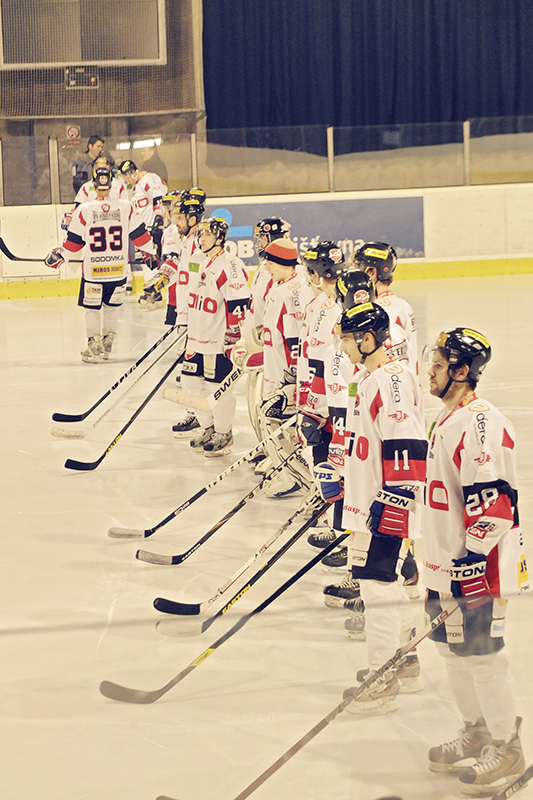 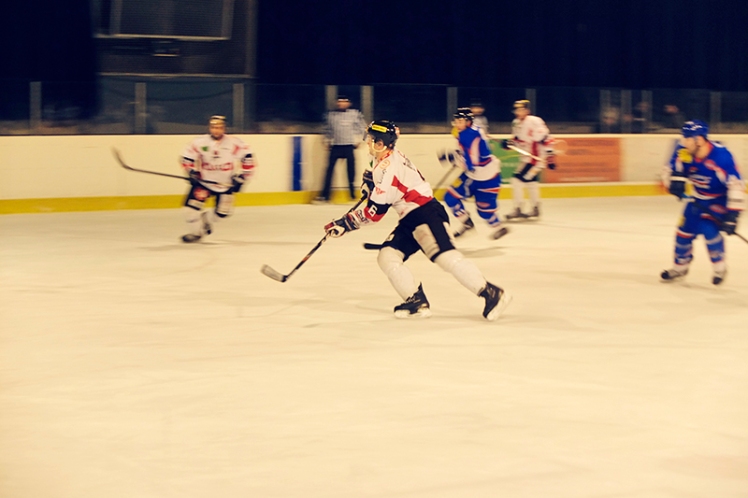 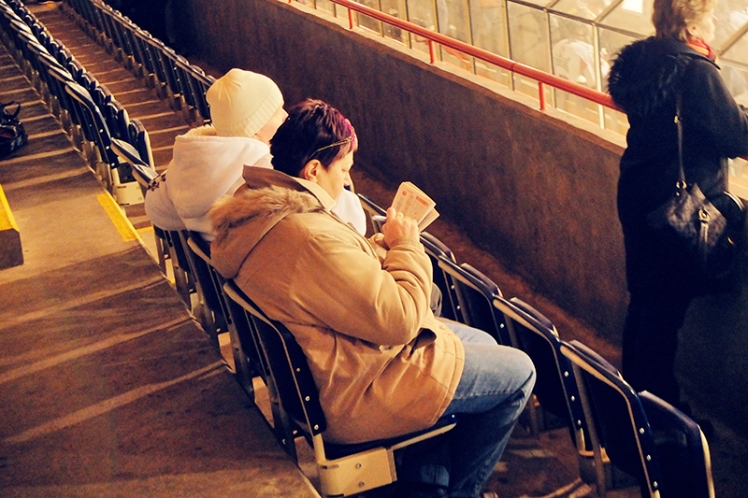