No it’s not some dodgy Czech TV cop show, but two delightful places I paid a visit to over the weekend. I brought my longboard back over here with me when we returned from Ireland, and have been itching to go for a skate ever since. The weather finally took a turn for the better the other day and I donned my helmet (safety first kids) and skated down to the path along the river we had tentatively explored a few days earlier. The weather was an icy windy monster that day so we turned back before we could reach Brozany.

The path in question runs along the river Elbe behind the hydroelectric plant and continues parallel to the river before turning off towards the town/village/housing estate of Brozany. The path is as smooth as silk, as fine as china, as fast as a cheetah, as emmm pathy…..as a path can be. But seriously folks it’s glorious! I couldn’t wait to skate it after our brief stroll the other day.

On the day of our stroll it was icy cold and not many people were out on the path, but you got the impression that on a sunny day, this place would be a hive of activity. We walked past some pontoons on the bank of the river with steps going down to them and realised this was where the local rowing club had their headquarters. Sure enough a little further down the path we came across their clubhouse. The doors were open and inside were dozens of row boats stacked as high as the ceiling, like all of us, waiting for the Summer to come along.

Another thing we noticed on our stroll was the little lakes and bodies of water lining the river. Dotted along their shores are a host of little houses with beautifully kept gardens and walkways down to the waters edge. I can only assume these are Summer houses where jaded city folk go to put their feet up and forget about their woes. Near the rowing club we came across a rather innovative use of old infrastructure. An old railroad carriage converted into a small cottage, now who wouldn’t want to live in something like that?

After our walk was thwarted by an icy wind just on the edge of Brozany I was itching to come back on my longboard and make it all the way into the village we had come so close to and yet so far away. Working Monday-Friday meant a weekend trip would be the only option, and with the weather changing from sunny to snowy at the drop of a hat, I wasn’t getting my hopes up. But then Saturday arrived and brought with it glorious sunshine, albeit still cold and breezy. I skated out to the point where we turned around before and continued on excitedly into Brozany. To the glass half empty people it’s just a small collection of houses surrounded by fields, but I couldn’t wait to see it.

They say there’s no such thing as adventure anymore, everywhere has been explored, and alas it’s kind of true. But we can still have our own adventures, even if it is just a twenty minute skate into the nearest inhabited area beyond the agriculture. Brozany and Raby are like time portals from a by-gone era, just like the museum in Hradec Kralove. Sure there’s modern cars parked in the driveways, everyone probably has a flatscreen TV and an I-pad, but from street level it could still be the 1930’s. 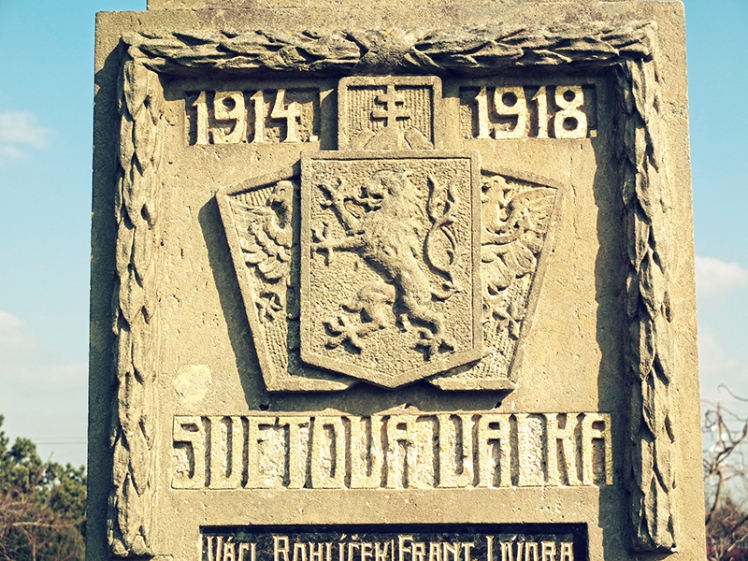 Kunětická Castle will have to wait for another day, as will the lovely little pub I passed in Raby. I can see this pathway and the two little villages at the end of it becoming a favourite destination of mine when the weather warms up. On the day of my skate, many people were out on their rollerblades and bicycles enjoying the traffic free route along the river. Meanwhile on the river itself, rowers were soaking up the brief sunshine and rowing their way up and down the river. On a hot Summer’s day this place will be pure bliss….hurry up Summer!!! Go away snow!!!

4 thoughts on “Brozany and Raby”